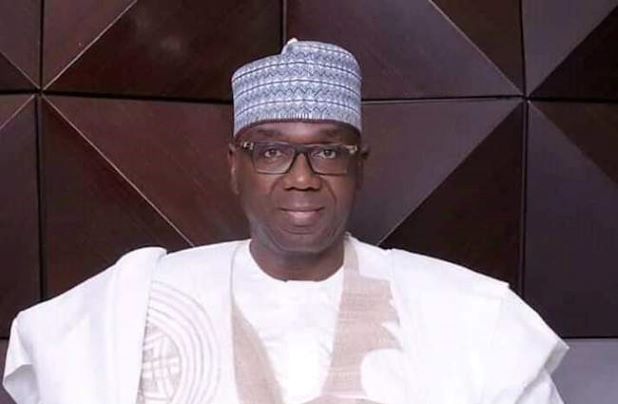 Kwara State Governor AbdulRahman AbdulRazaq has said that the state’s rapid response team (RRT) has identified at least 75 persons who have had contact with persons who tested positive for COVID-19.

AbdulRazaq told journalists in Ilorin that he had also signed a regulation, dated April 6, to give legal backing to the government’s measures to contain the pandemic in Kwara State.

He said the highlight of the law included “sanctions against anyone caught endangering public safety in whatever form or seeking to unfairly profit from our collective vulnerability and need for essential commodities at this time.”

The Governor said the contacts who had since begun isolation in line with COVID-19 protocol included staff of the University of Ilorin Teaching Hospital (UITH) who attended to a suspected case who died in the facility last Thursday.

“Our job is cut out for us and we are definitely not dropping the ball. Contact tracing by the Rapid Response Team of the medical advisory committee has so far netted 75 persons who have had contacts with the cases and the suspected case at UITH,” AbdulRazaq told the live press briefing in Ilorin, flanked by top government officials and statesmen already drafted into Kwara’s COVID-19 response effort.

“This is a trying moment for the whole of mankind. But we are definitely not helpless or without reasonable preparation in Kwara State. We are also blessed with committed professionals who are up to the task and willing to stand up and be counted at this time — while also taking all precautions.

“COVID-19 is a global pandemic. Contracting it is neither a death sentence nor an indication of guilt. We urge Kwarans to avoid crowded space, isolate themselves, and call our helplines if they have just returned from places of interest in the last three weeks.

“The government will quickly extend the ongoing fumigation exercise to these places of interest, including Offa, where contamination may have occurred as a result of this infectious disease.

“Notwithstanding our preparation, we are not ashamed to say that Kwara State will be glad to get all the help it can receive at this moment.” he said.

AbdulRazaq added that the administration was doubling down on its sensitisation efforts across various media platforms, including calling on traditional rulers to help spread the message in the hinterlands.

The Governor said the government was utterly disappointed at the development at the UITH, demanding immediate suspension of Professor Alakija Kazeem Salami for his role in the controversy.

“The government is utterly disappointed at the breach of trust that played out in the UITH case.

“Without prejudice to the internal investigation by UITH, we demand immediate suspension of Professor Alakija Kazeem Salami and every other official of UITH whose professional misconducts brought us down this path,” he said.

Duranice Pace, Gospel Singer of the Pace Sisters, Dies at 62