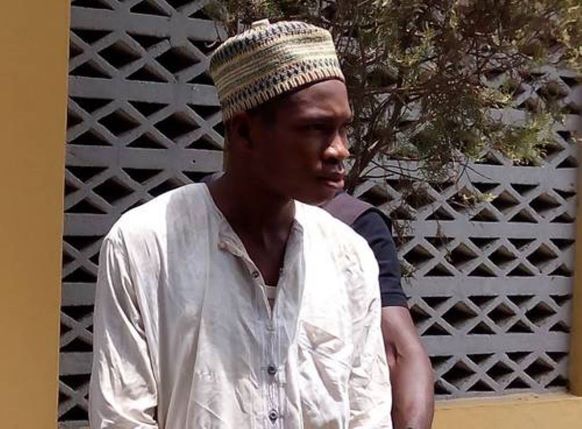 A federal high court in Yenagoa, Bayelsa state, has sentenced one Yunusa Dahiru to 26 years in prison for kidnapping Ese Oruru, a teenager.

The police in March 2016, arraigned Dahiru on a five-count charge bordering on abduction, kidnapping, unlawful carnal knowledge and sexual exploitation of Oruru, who was 14 years old at the time.

The convict kidnapped the teenager from Bayelsa in August 2015 and took her to Kano state where she was converted to Islam and married off without the consent of her parents.

She was eventually reunited with her parents after six months. She gave birth to a baby in May 2016.

Delivering the judgment on Thursday, Jane Inyang, the judge found Dahiru guily on four out of five of the charges preferred against him.

On count one, he was found not guilty; count two, he got a five-year sentence; on count three, he got seven years, and on count four, seven years.

The judge held that the sentences would run concurrently. This means the convict will only spend seven years in prison.

Registration: Former PDP lawmaker, 500 others defect to APC in Enugu

Insurgency, banditry have forced over 12m children out of school, says...

Integrity of our ballot system, Senator Sani Musa and INEC, By...

God Save America! – By Simon Kolawole

EFCC’s race to sustainable war against graft, By Erasmus Ikhide