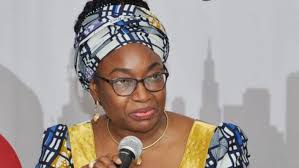 The Federal High Court in Abuja on Thursday ordered the permanent forfeiture of some assets returned by a suspect allegedly linked to the suspended Head of Service of the Federation, Mrs. Winifred Oyo-Ita.

Justice Folashade Ogunbanjo-Giwa made the order of final forfeiture of the monetary assets to the Federal Government sequel to an application for permanent forfeiture by counsel to the Economic and Financial Crimes Commission (EFCC), M. S. Abubakar.

He said the funds were voluntarily returned to the commission as proceeds of crime.

Abubakar noted that the court had on June 28, 2019 granted an ex parte application ordering the interim forfeiture of the assets and that as of Thursday, no one had filed an application to challenge the interim order despite that it had been served on the suspect.

While urging the judge to grant a permanent order of forfeiture of the assets, the counsel informed the court that the money had been paid into an account with the Central Bank of Nigeria (CBN) immediately after the suspect returned it.

President Muhammadu Buhari had on September 18 directed Oyo-Ita to proceed on an indefinite leave to allow conclusion of an investigation being carried out by the EFCC.

The President thereafter approved the appointment of Mrs. Folashade Yemi-Esan, as her replacement.

Magodo GRA residents cry out to Sanwo-Olu to save them from...

The illegalities of social media regulation, by Ebunolu Adegboruwa, SAN