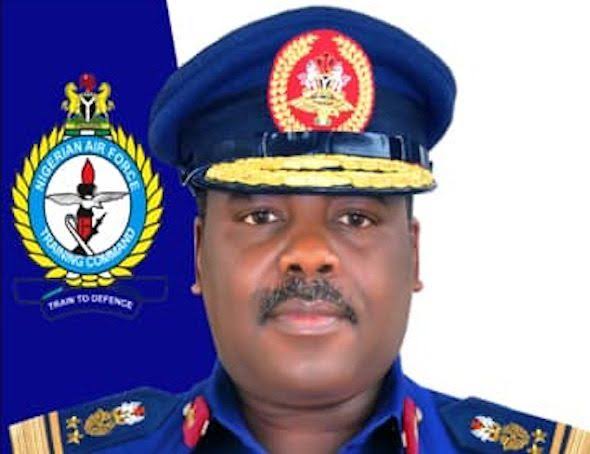 The Economic and Financial Crimes Commission, EFCC, has secured the conviction of Air Vice Marshal Alkali Mohammadu Mamu. Mamu, a former Group Managing Director of the Nigerian Air Force (NAF) Holding Company and Air Force Commanding, Training Command, was pronounced guilty by the Court of Appeal sitting in Abuja. This followed the appellate court’s reversal of his discharge and acquittal on corruption charges earlier pronounced by Justice Salisu Garba of the High Court of the Federal Capital Territory (FCT).
The three-man panel of the Court of Appeal, in a unanimous judgement on Tuesday, July 28, 2020, convicted and sentenced Mamu to two years’ imprisonment in respect of one (count two) out of the four counts.
The judgment read by Justice Yargata Byenchit Nimpar, which also had Justices Abdu Aboki and Emmanuel Akomaye Agim acquitted him on three other counts – one, three and four.
Mamu was one of the senior military officers accused of abusing their positions by the Presidential Committee on the Audit of Defence Equipment Procurement (CADEP), which was mandated to look into contracts awarded for military procurement.
The EFCC filed a four-count charge against Mamu in 2016 and was tried before the High Court of the FCT, following which Justice Garba, in a judgment on June 29, 2018, discharged and acquitted him on all four counts and held among others, that the prosecution failed to prove its case, a decision EFCC’s lawyer, Sylvanus Tahir appealed.
Justice Nimpar faulted the trial court’s rejection of the confessional statement made to investigators by Mamu, which the prosecution tendered in evidence at trial, noting that “the trial court failed in its duty by applying principles of law in a flawed manner, leading to the striking out of the confessional statement.
“He (the trial judge) erred. There was no legal basis for that action. Considering the evidence before the court, there was corroboration for the confessional statement particularly, the SEI Ltd’s payment for the cars, to the fertilizer company in which his (Mamu’s) daughters are directors.
“I find the confessional statement good to be evaluated for weight. I therefore disagree with the trial judge and find that the confessional statement was properly in evidence and must be evaluated along other pieces of evidence before the court.
“The sum of $300,000 was not legitimate income from his (Mamu’s) employers. Mr. Hima Aboubakar was not respondent’s employer and had no business paying the respondent any sum as appreciation. This is coming at the backdrop of the admission by the respondent that he got more than he was allegedly entitled to.
“On count two, I find for the appellant that it proved the allegation beyond reasonable doubt. I find the respondent guilty on count two. On counts one, three and four, there was no direct admission and even though it was established that the respondents got cars paid for by SEI Nig Ltd (Hima Aboubakar) and delivered by Coscharis.
“Flowing from above therefore, the respondent is discharged and acquitted on counts one, three and four of the charge, but guilty of count two.
“Considering the circumstances and the facts in this appeal, particularly the fact that the respondent quickly refunded the sum of $300,000, there is no history of previous conviction before the court. Therefore, in exercise of the court’s discretion, the respondent is hereby sentenced to two years’ imprisonment and in the alternative, an option of N500, 000 fine,” Justice Nimpar said.
Please follow and like us: