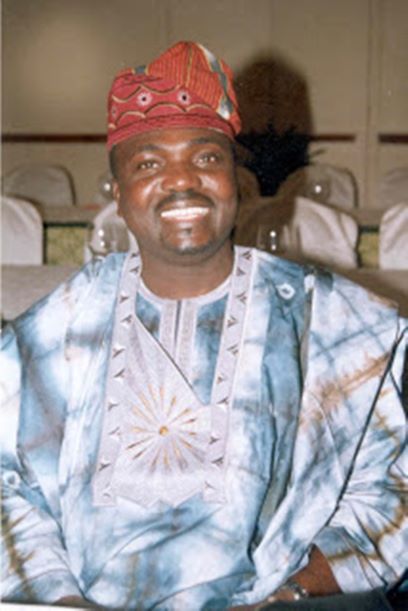 The General Manager of Nigeria Television Authority(NTA), Kastina State, Alhaji Ayinde Soaga who tested positive for coronavirus has been discharged from the isolation centre at Federal Medical Centre(FMC), Kastina after his result tested negative.

Penpushing reports that, Soaga made this known when telephone call was put across to him by Penpushing at about 7.30pm on Friday, expressing joy that he is now medically fit, and back in his private residence.

‘ I have been discharged about  few  hours ago, I am back in my home hale and healthy. I appreciate you, and thank for your support and concern, I am really grateful. I was discharged from FMC isolation centre about 3.00pm’, he said

‘My negative result came much earlier this afternoon. Alhamdullahi. I am now settling in.  I am now in my Barhim estate residence in Kastina. All is well. Thank you’, the General Manager told Penpushing on phone.

Penpushing recalled that,  Soaga who tested positive for Coronavirus, about two weeks ago, had  expressed optisim  that he was  going to survive the virus, as he  embarked on two weeks compulsory isolation.

The family in a statement issued by Kehinde Soaga, affirmed that the journalist personally called Nigeria Centre for Disease Control(NCDC) officials to carry out the test on him, adding that he is in high spirit and bedridden

‘The family of  Alhaj Ayinde Soaga, GM, NTA Katsina appreciates the numerous phone calls and concern raised about the report as regards his testing positive to COVID 19. We wish to confirm that he is in high spirit not bedridden as he personally called in the NCDC officials to carry out the test on him’, the statement said.

The family said its aware that coronavirus is not a death sentence and believing in God for healing, ‘we seek your prayers for a speedy and divine healing which Almighty Allah gives’.

‘We appreciate the National Secretariat of NUJ, the Katsina State & FCT Councils of the Union as well as many other  individuals and groups too numerous to mention for their quick intervention and prayers’, the family wrote.

‘We thank you all for your deep concern and remarkable show of love for Alhaj Ayinde Soaga. He shall overcome in the mighty name of Allah.We wish everyone well’, the statement emphasised

The Nigeria Union of Journalists(NUJ) Kastina State Council  had issued out a statement signed by its Chairman, Tukur Dan-Ali stating that the council was of the believe that Soaga contracted the corona virus as a result of his day to day service as journalist.

Penpushing further reports that,the body of journalist in Kastina State said, it sympathise with Ayinde, his family, the Nigeria Television Authority(NTA Chapel) of the union as well as the entire journalists in the State over this unfortunate incident.

‘Katsina State Council of the Nigeria Union of Journalists (NUJ) in a statement  expressed deep concern over the report  that its member who is also the General Manager of NTA Katsina Alh. Ayinde Suaga was tested positive to Corona Virus’.

‘The NUJ hereby sympathise with Mr Ayinde, his family, the NTA Chapel of NUJ as well as the entire journalists in the State over this unfortunate incident. We hereby remind our members in Katsina State to be cautious and continue to take all precautionary measures during coverage of events and while delivering their services everywhere as journalists’

‘This, of course indicated the fact that Journalists are, exposed to danger in this hard period of rampage spread of Covid 19 pandemic everywhere in Nigeria particularly in most affected States including Katsina’.

‘The NUJ strongly believed that Alh. Ayinde Soaga contracted the corona virus as a result of his day to day service as Journalist and leader of NTA Katsina. We equally observed that there was no time in the recent history of Katsina State that the Media House in Katsina and their workers needed support from government and Non Governmental organizations than now’, the statement said.

‘Katsina State government and other stake holders should as a matter of urgency provide Media Organisations and all the practicing Journalists with Personal Protective Equipments (PPE,) and other needed support to continue with the hard work of Journalism Practice during this pandemic period’.

Penpushing reports that, the union thanked Katsina State government as well as its special task force on coronavirus for working round the clock to control the spread of the pandemic, and  also called on people of the state to support government’s policies and programmes especially on the current corona virus pandemic.

‘While wishing Alhaji Ayinde Suaga quick and happy recovery, we also hope that  staff of NTA Katsina, family, friends and all other constants of him will give necessary support to the health workers if and when the need arises ’the chairman stressed.

Ize-Iyamu to Gov. Obaseki: We have seized legislative power from you