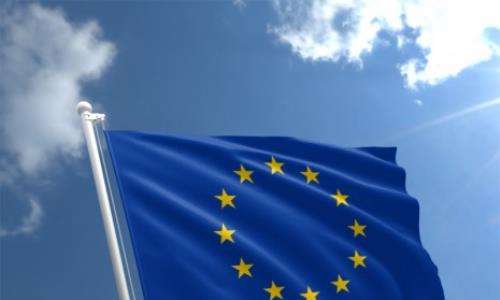 The EU could impose a 30-day entry restriction on all non-essential travel into the bloc in the coming days, European Commission President Ursula von der Leyen said on Monday.

“We face a global health crisis,” von der Leyen said this after briefing G7 leaders on the proposal. “The less [we] travel, the more we can contain the virus,” she noted.

The measure is being proposed to all EU leaders as well as European countries that are inside the bloc’s Schengen border-free zone, so would cover 30 countries in total. Britain is also encouraged to align.

Von der Leyen said she expects EU leaders to formally approve the step in an emergency video summit on Monday, after receiving strong backing during consultations at the weekend with majority of member states. The restrictions could be prolonged if necessary.

Exemptions to the ban would apply to long-term EU residents, family members of EU nationals and diplomats, among others, von der Leyen said in a video posted on Twitter. “Essential staff such as doctors, nurses, care workers, researchers and experts that help address the coronavirus should continue to be allowed in,” she added.

The move comes as the EU executive has sought to streamline member states’ responses to the outbreak of a novel strain of coronavirus, which originated in China’s Wuhan province late last year but whose epicentre has now shifted to Europe.

More than 51,000 cases have been reported across Europe, with at least 2,316 deaths attributed to Covid-19, the disease caused by the coronavirus. Italy, Spain and France are worst hit, according to data compiled by the European Centre for Disease Prevention and Control.

Within Europe’s 26-country Schengen zone, the commission is urging member states to opt for health screening to fight Covid-19 rather than flat-out entry bans. Several countries within the free-travel area have already sealed their borders.

“Our measures to contain the coronavirus outbreak will be effective only if we coordinate on the European level,” von der Leyen said earlier in the day. “Let’s make sure goods and essential services continue to flow in our internal market. This is the only way to prevent shortages of medical equipment or food,” she urged.

Kilometres of traffic jams have formed at some border crossings, according to commission spokesman Eric Mamer. Transport restrictions risk triggering shortages and further harming Europe’s economy, which is already taking a battering due to the coronavirus outbreak.

So far, Austria, the Czech Republic, Denmark, Estonia, Germany, Hungary, Lithuania and Poland have informed the commission of new measures at the border, as well as non-EU members Norway and Switzerland.

Slovakia has stopped almost all entries by foreigners, while Spanish Interior Minister Fernando Grande-Marlaska announced that the country will close its borders at midnight.

Several European countries have gone into lockdown, shutting schools, cafes, restaurants and restricting other aspects of social life for the coming weeks in a bid to slow the spread of the virus. Germany looks set to be the latest country to close most shops except supermarkets, as well as banning overnight tourist stays and closing playgrounds and sports facilities, according to a government agreement.

Also Monday, EU finance ministers were considering measures aimed at curbing the economic impact of the coronavirus outbreak, with the commission warning that the bloc’s economy could shrink this year.

The ministers are expected to green-light a commission proposal to relax EU budget rules, giving member states more leeway to tackle the crisis and boost their economies.

However, EU capitals must take “the bulk” of policy action, Mario Centeno – the head of the Eurogroup of eurozone finance ministers – tweeted ahead of Monday’s talks.

The commission anticipates a recession in 2020, with the EU’s economy set to shrink by as much as 1 per cent, according to EU Internal Market Commissioner Thierry Breton.

“Before the crisis we were looking at 1.4 per cent [growth] across the continent and now we think there will be an impact of 2 to 2.5 per cent,” he told France’s BFMTV television. Asked if that meant a recession of 1 per cent, he said he didn’t want to give a precise figure “but we are more or less at that order of magnitude.”

The commission has not updated its official forecast due to the ongoing uncertainty surrounding the effects of the virus, a spokeswoman said. The next full forecast is due early in May.