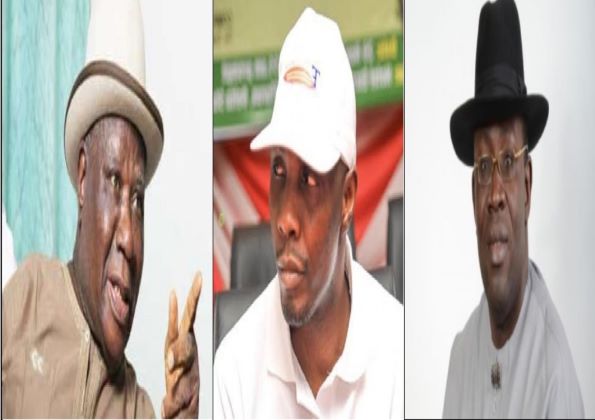 * urges FG to hand over his confiscated properties

Ijaw National leader, Chief Edwin Clark and the immediate past Governor of Bayelsa State, His Excellency Chief Henry Seriake Dickson, have congratulated Chief Government Tompolo on his acquittal by the Federal High Court, Lagos,  on Wednesday.

The two leaders called on the Federal Government to release all properties seized from Chief Tompolo, his firm and co-accused with their acquittal.

Pa Clark and Chief Dickson made the call after a closed door consultative meeting in a statement they jointly signed on Thursday in Abuja.

The two leaders said that they also reviewed the situation in the Niger Delta especially the growing tension among ex agitators and condemned the delay in the appointment of a substantive Coordinator from the region for Presidential Amnesty Office.

They called on the Federal Government to appoint a substantive Coordinator from the Niger Delta for the Amnesty Office without further delay.

The two leaders also called for the implementation of resolutions and agreements reached with the Pan Niger Delta Development Forum on the long term development, security and stability of the Niger Delta.

“We had a close door consultative meeting in Abuja on Thursday where we reviewed the situation of things in the Niger Delta and the Ijaw nation.

“We both congratulate High Chief Government Tompolo and his co accused who were discharged and acquitted yesterday.

“We call on appropriate authorities to hand over properties earlier seized and confiscated from him and his company.

“We also reviewed developments and rising tension among ex agitators in the Niger delta. We condemned the delay in appointing the coordinator and asked for the immediate appointment of a boss for the office”

“We also call for the implementation of the resolution and agreement reached with PANDEF on the development, security and stability of the region.”