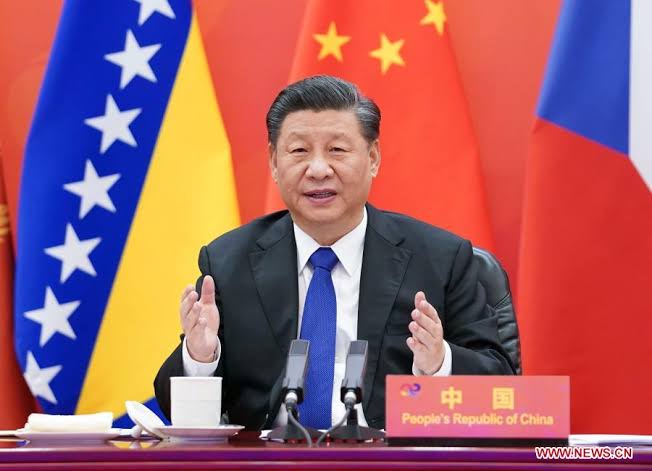 Chinese President Xi Jinping has expressed the willingness of Communist Party of China and indeed China to collaborate with political parties worldwide to lead the economic globalization toward a direction that is more open, inclusive, shared, balanced and win-win.

The Chinese President made this commitment on Tuesday, in a speech he delivered during the centenary anniversary celebration of the CPC.

The occasion which was celebrated in Beijing and virtually transmitted worldwide had more than 500 leaders of political parties and political organisations from over 160 countries and over 10,000 parties representatives in attendance.

The occasion, focusing on the theme: “For the People’s Wellbeing: The Responsibility of Political Parties” also gave opportunities to leaders and representatives of political parties worldwide to give their remarks.

Xi Jinping, who is the Secretary General of the Communist Party of China (CPC) Central Community and the President of the People’s Republic of China, said: “The CPC is willing to enhance communication with political parties worldwide and jointly lead the economic globalization toward a direction that is more open, inclusive, shared, balanced and win-win.”

He claimed that the economic globalization now encounters more momentum than resistance.

Xi said at the CPC and World Political Parties Summit via video link that the trend that countries stay open to cooperation remains unchanged and will not change.

He also said the country will enhance cooperation with the international community to improve high-quality Belt and Road cooperation and promote global connectivity to enable more countries to share the development outcomes.

CPC was founded in July, 1921 and it fought the Chinese Civil War to achieve its present status as the sole ruling party of China

My Tribute To Lateef Jakande, By Atiku Abubakar

Nabena catches a Tiger by the tail on Kwara APC registration;...

Colombian mercenaries say they were hired to capture Haiti president, not...