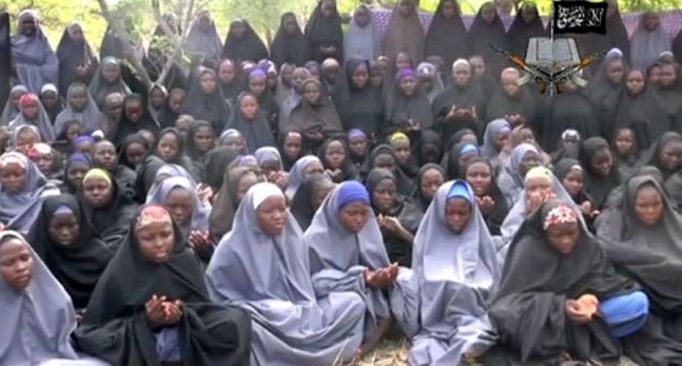 The Kibaku (Chibok) Area Development Association (KADA) has accused the Federal Government of abandoning the 276 schoolgirls of Government Secondary School, Chibok, who were abducted by Book Haram terrorists in their school on the night of 14 April, 2014.

The Association, in a statement by their National President, Dauda Ndirpaya Iliya, said neither the families nor the Kibaku community had been briefed and informed by the Federal Government on rescue efforts, or the whereabouts of their daughters since the last batch of 82 returned on 7 May 2017, except the messages by President Muhammadu Buhari, released every 13 April since then, on the eve of the 14 April commemoration.

The Association stated that these messages were basically same copy-and-paste with minor alterations year in, year out.

They revealed that the returned girls enrolled at the American University of Nigeria (AUN) Yola, had not made much progress, and felt frustrated, not understanding the direction of things or being properly briefed of their future.

“They remain uncertain when they shall be writing their O’Level final examinations, and so forth.

“In the school, they are isolated and not allowed mingle, interact, and socialise with other students which would have been a means of learning, and continuous psychosocial therapy,” the Association said.

The Association also said that the Federal Government also frustrated any help that came the way of their daughters.

“Many schools abroad, voluntary organisations etc offered to provide them with scholarships but were hindered and frustrated by the Federal Government.

“For instance, sometime in August 2018, Maryam Wavi, Asabe Goni, Amina Ali Nkeki, Saratu Emmunuel, Rebecca Ishaku were literally blocked at the airport, and by the police and State Security Service (SSS) who handed them along with their parents to the Nigerian Immigration Services and detained until they missed their flight.

“They were on full scholarships to study in the United States, with the full consent of their parents and proper documentation. After they missed their flight, the immigration services let them go,” the Association added.

The Association further stated that GSS Chibok the school the girls were abducted is now an abandoned project since the attack of April 2014, despite promises and commitments to rebuild it, including support from the Safe Schools Initiative and other organizations.

The Association claimed that the Corps of Nigerian Army Engineers who initial started working on it has abandoned the project as the school now operates purely as an afternoon day school, in a nearby primary school when the primary school pupils close in the afternoon.

They said final year students of the school have been posted to Government Girls’ College, Maiduguri for their final examinations where candidates from up to 5 other schools have been posted, resulting to congestion and overcrowding.

“With this overcrowding, social distancing is practically impossible, and considering the reality of the COVID-19 pandemic, this raises grave concern for KADA, about the safety of our children, and by extension our entire community,” the Association said.

The Association calls on President Muhammadu Buhari to expedite action in returning the missing 112 Chibok girls. They also call on the Federal Government to resume work on Government Secondary School, Chibok, destroyed in 2014, which is the only secondary school in Chibok Local Government Area, and one of the only few in the entire Kibabu Area.

COVID-19: Presidency says restrictions of movement do not apply to vehicles...

Ekiti Govt. confirms one case of Coronavirus in the state