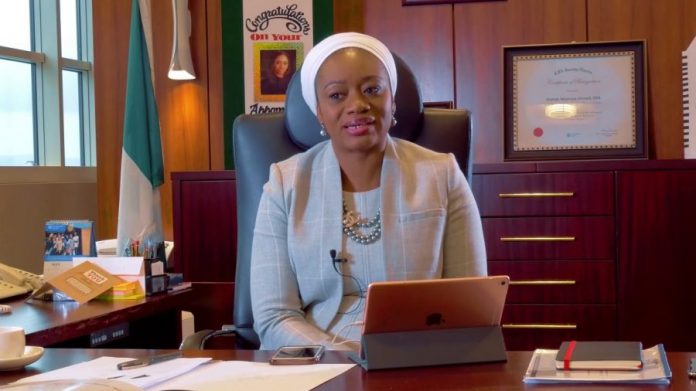 The Central Bank of Nigeria (CBN) has disclosed that the gross credit to the Nigerian economy grew by N290.13 billion in about 6 weeks, between the end of August 2020 and November 13, 2020.

This disclosure, according to Nairametrics, was contained in the personal statement of the Deputy Governor, Financial System, CBN, Aisha Ahmad, issued as part of the apex bank’s communique after the Monetary Policy Committee (MPC) held on November 23 and 24, 2020.

Ahmad said that sustaining critical support to the economy through this crisis remains a priority as credit growth remained on an upward trajectory with robust soundness indicators and sustained decline in average lending rates.

She said much of this credit which was channeled to manufacturing, consumer, general commerce and agriculture – all key employment generating sectors, was largely driven by effective implementation of the Loan to Deposit Ratio (LDR), various government interventions and other complementary policies to ramp up credit to the economy.

The statement from the CBN Deputy Governor partly reads:

“This was broadly driven by effective implementation of the Loan to Deposit Ratio, interventions and other complementary policies to ramp up credit to the economy.’’

Ahmad noted that the gradual decline reported in lending rates is a positive development that improves access to credit for more households and businesses with a view to stimulating economic activity, creating jobs and driving more sustainable and inclusive growth.

She said that as at October 2020, 86.23% of total loans granted to over 1 million customers by deposit money banks were at interest rates considerably below 20%, an improvement of 76.43% that was achieved as at July 2019.

Going further, she said that this low interest rate environment was also reflected in the Open Buy Back rate which stood at 1.88% at end of October 2020, an indication of a highly liquid banking system.

AFDB crisis Adesina speaks on allegations and plots to remove him

We Are Owners of Oriental Hotel, Not Tinubu – WEMPCO Group

Adeboye’s homily at son’s burial: Cry if you wish to, but...