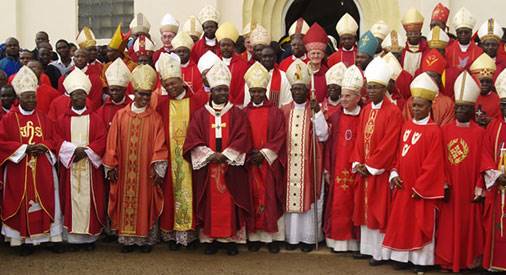 The Metropolitan Archbishop of Abuja, His Grace, Most Rev. Ignatius Kaigama, has called on the Federal Government to give priority to poverty alleviation and improving the lives of Nigerians.

Kaigama, who gave the charge in Abuja, at the Maiden General Assembly of the Catholic Archdiocese of Abuja, said that all the increases in bills at this very difficult time, made life intolerable.

” We continue to encourage families and parishes to take care of the young ones.

“The Holy Childhood Association should be formed in schools and parishes where children are taught early how to share with others and sacrifice for the sake of the Gospel.

“Annual children’s day should be celebrated in parishes and schools. Likewise, the Pontifical Mission Societies (PMS), activities have to be taken more seriously.

”In our Archdiocese, we have the Catholic Television and Good Shepherd newspapers which are essential to supporting and sustaining our faith and spirituality,” he said.

According to him, we need to use these more effectively at these challenging times, especially with our newly-created 30 pastoral areas and expanded 11 Archdiocesan commissions.

” We hope that the pastoral areas with the cooperation of all will grow to quasi parishes and then to full parishes.

“Whatever you do, work with all your heart, as though you were working for the Lord, and not for men.

“You well know that the Lord will reward you; you will receive what he has kept for his people,” he said.

Kaigama explained that the Assembly would help the church to take a look at the humble beginnings of what had metamorphosed into an outstanding Archdiocese.

” Hopefully, we can explore during the assembly proceedings how to continue to contribute to the overall development, welfare and progress of our Church, the FCT and the nation,” he said.

Archbishop Emeritus, John Cardinal Onaiyekan, expressed the belief that the new Companies and Allied Matters Act (CAMA), “treats about how government is to handle management of funds from different organizations not only churches’’.

Onaiyekan, however, said that there were a lot of things in CAMA that were very good and had been worked upon very carefully.

He further said that government should have involved the churches during the process of the bill.

“We would have had ways of making our inputs then, and all these troubles would have been avoided.

” So, my own position is that we do not through away the baby with the bath water. It will be a pity if CAMA is intended to also deal with churches.

” It is interesting what is coming out. You will find some men of God saying publicly on what the government had to do with their church, which was set up by them.

” As for me, I have made up my mind, I shall remain in the Holy Catholic Church,” he said.

CAN President: Money, evils now rule most churches in Nigeria