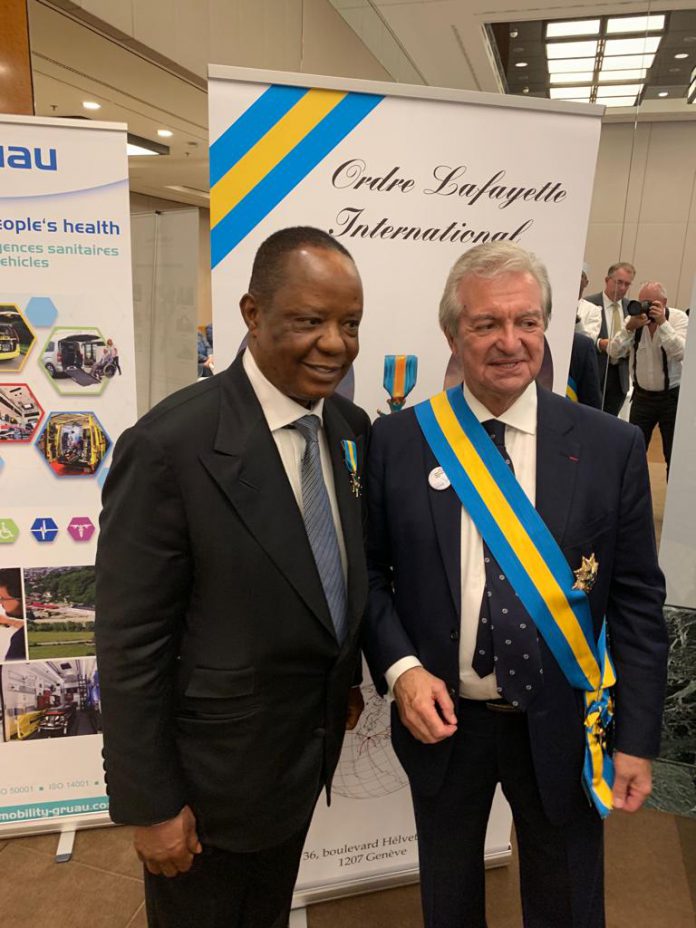 According to the 1921 Nobel laureate for Literature, Frenchman Anatole France, “To accomplish great things, we must dream, as well as act.”  Thousands of kilometres away from Europe, another bold visionary, entrepreneur and film producer – Walter Elias Disney – echoed the compelling philosophical thoughts of Anatole France. Observed Disney, who is American, “Good things come to people who wait, but better things come to those who go out and get them.”

The deep, inspirational thinking of this duo must have provided the propellant that powered the fairytale-like trajectory of Nigeria’s top-notch professional, industrialist extraordinary and philanthropist par excellence – enabling him to conquer air and sea arenas of human endeavor while still marching on in a bid to conquer land, which he once philosophically retorted would eventually take in all human beings.

Welcome to the world of Captain (Dr) Idahosa Wells Okunbo JP, Edo State, Benin-born big dreamer and even bigger action man. Captain Hosa, as he is fondly called by associates, is the billionaire businessman and chairman of Ocean Marine Solution (OMS) Limited, an offshore asset protection company, who effortlessly commands unceasing tributes from far and near. To be sure, he chairs the boards of many other successful companies, thus making him difficult to pigeonhole.

An unassuming, disciplined, big-hearted, deeply-focused fellow with the Midas touch and a large worldview, Captain Hosa, is no less a model, a case study of success who, in his life and business experiences, has traversed challenging grounds and come out tops, navigating with integrity, fidelity to uncommon values in service delivery in business and a deep belief in the progress of humanity.

It’s then little wonder that merited honours trail his path, unceasingly. Last Saturday, September 21, 2019,  he was again decorated with another badge of honour in Europe. He received the prestigious Global Peace Award, in Geneva, Switzerland, from the chairman of the Order of Lafayette Awards, H. E. Robert Blum, in recognition of his efforts in global peace and business innovations.

The prestigious Order of Lafayette award on the United Nations Day for Global Peace is quite significant. Indeed, the Order of Lafayette is a patriotic, hereditary, non-partisan, and fraternal organization established in New York City in 1958 by Colonel Hamilton Fish III (1888-1991), a former Congressman from New York and decorated veteran of  World War I.

Captain Hosa was particularly honoured for his distinguished role in encouraging, engendering and entrenching peace and harmony in Africa and the world at large. Present at the auspicious and exclusive awards presentation were diplomats, political and economic leaders from all over the world who had all come to celebrate with one of their own.

What’s more – this honour is coming on the heels of his signing a mouth-watering Financing and Technical Services Agreement (FTSA) worth $876m on behalf of his company, CMES-OMS Petroleum Development Company Ltd (CPDC) with the Nigerian Petroleum Development Company (NPDC) for the development of Oil Mining Lease (OML) 65, an NPDC asset, which event held at the Grand Hyatt Hotel in Dubai.

Indeed, it is a double celebration for the retired pilot who has blazed peerless trails in the world of business. His recent deal with the NPDC, according to the managing director, Mansur Sambo, was necessitated by the need to boost the nation’s crude oil reserves and daily oil production.

At the signing ceremony tagged ‘the $876 Million Financing and Technical Service Agreement (FTSA)’, Sambo Mansur, NPDC’s managing director, noted that, “The significance of this agreement is to open up production potential of the OML 65 from 9,000 to 40,000 barrels per day.”

He further said that the deal had the potential “to explore, appraise and add reserves to base,” adding that it would help the Federal Government to “earn more than $6 billion in taxes and royalties.”  He also guaranteed that the project would engage indigenous companies in the industry for ancillary services, thereby providing direct and indirect job opportunities.

While expressing his delight about the deal, which offers his company the opportunity to support the production and reserves growth aspiration of the Federal Government, Captain Hosa assured stakeholders on the CPDC’s competence and its adoption of efficient technologies in meeting set-targets.

It is worth recalling here that this child of providence and lover of humanity was honoured with the award of African Titan by the US Congress in 2012. These recognitions flow from a tacit acknowledgement that society may atrophy if her deserving icons are not periodically publicly-recognised.

The governor of Edo State, Mr Godwin Obaseki had, on the occasion of Captain Hosa’s 60th birthday, last year, described him as a dogged hard working son of the state.  His words:  “I will say he is a real patriot and a genuine Bini man; he is a great Edo citizen, somebody who has accomplished through dint of hard work. His accomplishments are self-made and what is great about him that most people don’t know is that he is very empathetic; he can barely see people in need, languishing or suffering and he’s not pricked to assist. Maybe that is why they say he is a philanthropist.

“He is also very kind-hearted, very forgiving, a very pragmatic business man; a cultural icon and someone to whom so many people are indebted. He is also a person who believes in progress, development of other people and the State. He is a restless entrepreneur who is pushing the frontier of business, taking risks, trying new things and time has shown that he is a real survivalist….”

According to Chief Owen Chamberlain Obaseki JP, the OTAIFOH of Uromi land, “This eminent Benin son has found his pride of place in this world and even now, lines keep falling unto him in pleasant places. Through sheer hard work, he carved himself a niche, and through the blistering heat of life and the test of fire, he has emerged a refined gold; gold at heart, gold in deeds, in innovations and in the world of merchandise and service delivery.

“As you continue to soar, the skies cannot be your limit. Your constant sojourn clearly depicts you as the owner of your own sphere in every solar year; like an existentialist you have chosen your own destiny and have written your own story in which you feature as the hero. Indeed, you have no limit, Sir.”

If Captain Hosa is impressed by this deluge of encomiums and honours, it certainly has not gone to his head. And he is also certainly not resting on his entrepreneurial and industrial oars. He has continued to enlarge his conglomerate beyond marine security and logistics to cover property, real estate, hotel and hospitality, aviation, entertainment, energy, telecoms, manufacturing, agriculture and with chairmanship and membership of the boards of many corporate organisations in Nigeria and overseas.

The magnitude of his engagements is quite intimidating. The existential demands and exertion to be on top of it all are, without a doubt, very high and constitute real challenges that only actions, far beyond the realm of dreams, can be summoned to duty to deal with. And, as Anatole France had correctly observed as quoted somewhere supra, “To accomplish great things, we must dream, as well as act.”  Captain Hosa has dreamed and certainly lived his dream by his acts or actions; but he has yet the glass ceiling to break. Over to you, Captain! Push further, harder, higher and break it!

Presidency: 43 farmers killed by Boko Haram have no military clearance...

Goodluck Jonathan: It’s too early to talk about 2023 presidential contest

USA Elections 2020: Lessons for INEC and Nigerian Electorate, By Magnus...