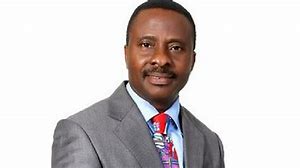 President of the Christian Association of Nigeria (CAN), Rev. Samson Ayokunle declared that the pursuit of money and other evils such as sexual immorality, gluttony and financial impropriety now ruled most of the churches in the country.

Ayokule spoke on Saturday, August 29, at the ongoing virtual convention of the Nigerian Baptist Convention (NBC).

He attributed the sad developments to lack of discipline, adding that “it is sad that money has become the god of many Christians, especially church leaders.”

Ayokunle, who is also the President of the NBC, said that there was no more difference between Christians and unbelievers as a consequence of the development.

According to him, “The church is in a state where lack of discipline has led to many instances of sexual immorality, gluttony, financial impropriety, laziness, court cases, etc.

“The name of the Lord is being maligned in our society today because of the way Christians are behaving. Obscene dressing and all forms of impurities are happening in our midst.

“Some Christians cannot be trusted for any noble assignment. There appears to be no difference between them and the unbelievers.

“Money, in particular, has become the god of some (if not many) Christians, including Church leaders! What a shame to the Church!

“The Lord of the Church is sad concerning the state of the Church. We are robbed of our powers and molested by the children of Satan because of our careless living!

“It is through discipline that we would remain holy and enter the kingdom of God! Hence this year’s Convention is a call to self-examination as individuals, family, church, Convention.”

Pope to skip Sunday mass as he recovers from surgery