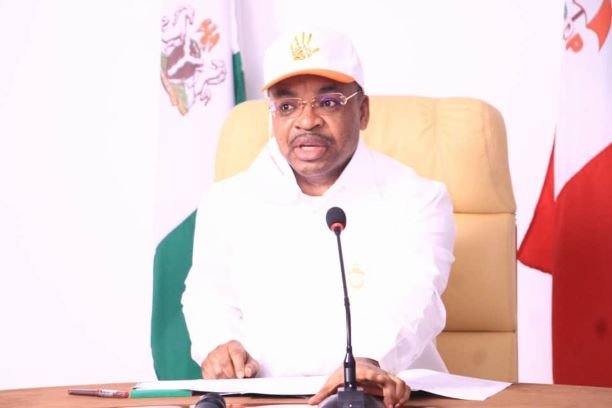 The All Progressives Congress (APC) in Edo State has revealed plans by the Governor of Akwa Ibom State, Udom Emmanuel, to ferry a battalion of thugs into Edo State to enhance PDP’s agenda of violence for the polls.

Besides, the APC said it has noticed suspicious movements in and around Constantial Hotel, along Airport where some regiments of the Obaseki’s hitmen parading themselves as FBI security on their branded jackets were camped.

In a statement by Chairman of the Edo APC Media Campaign Council, Mr. John Mayaki, the party encouraged the security agencies posted to the state to remain vigilant as PDP thugs are set to jet in at any time.

He said, “I have received urgent information that Governor Udom Emmanuel mobilized thugs yesterday, on Monday, and loaded them into Akwa Ibom Transport Company AKTC buses. 30 of these buses have entered Edo State for the purpose of causing mayhem and disrupting elections on September 19. We’ve also noticed suspicious movements in and around Constantial Hotel, along Airport where some regiments of the Obaseki’s hitmen parading themselves as FBI security on their branded jackets were camped”.

Continuing, Mayaki revealed that, “The buses left Itam Junction in Uyo yesterday morning and the aggressive looking young men in it have a mission to steal the mandate of Edo people. I find it disgusting and so unstatesmanlike that the governor will allow other PDP governors to compromise the state’s security architecture in this manner.”

Meanwhile, the party also disclosed the locations where the thugs would be house, stating that “BIBI motel on boundary Road, Wesley hotel and Prestige hotel are filled up with Ateke boys(Riverine area of rivers state ) and Boyloaf boys (Southern ijaw of bayelsa state).”

He, however, enjoined the police and all other security agencies in Edo State to take note of these fake security men named FBI camped in Constantial hotel and also look out for AKTC vehicles carrying young people into Edo State through any of the eastern or Southern borders, noting that all the attempts to scatter the elections by the PDP would be futile.

Edo residents get second week of September as deadline for COVID-19...