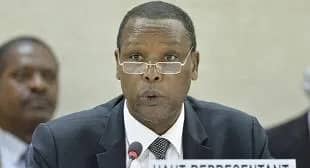 Former President of East African nation of Burundi, Pierre Buyoya, has died at the age of 71 after succumbing to the coronavirus disease, an official said.

Willy Nyamitwe, the Head of Information and Communications Division of Burundian President’s Office, said this on Friday.

“The death of the former President @PierreBuyoya is confirmed, there is no longer any doubt,” Nyamitwe tweeted.

He came to power after ousting then President Jean-Baptiste Bagaza and setting up the Third Republic of Burundi instead of the Second one.

However, his administration led to internal violence between ethnic communities of Hutu and Tutsi, resulting in thousands of deaths.

In this regard, Buyoya approved a new constitution envisaging democratic presidential elections.

He lost the 1993 election, followed by the civil war, during which the national army assassinated Melchior Ndadaye, then head of state.

Buyoya returned to power in 1996 in a military coup, creating an ethnically balanced government, which at some point de-escalated the country-wide conflict.

In October, the country’s top court sentenced Buyoya to life imprisonment after he was found guilty of the 1993 killing of President Ndadaye.
Buyoya had denied all the charges. (Sputnik/NAN)

Aftermath of meeting Prince Charles before he tested positive for COVID-19,...