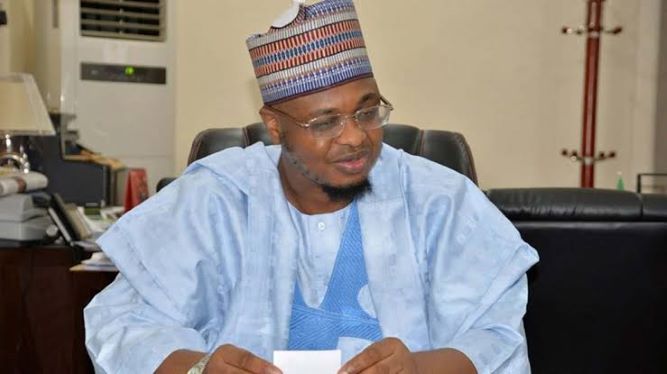 The Buhari administration did not prime itself for leadership but for power. The regime has titillated more attention from controversies stoked by internecine scrimmages than from any milestone project. It has been five years of intrigues, scandals, and the simply unbelievable. Really, the life of the regime has been more dramatic than a Telemundo soap opera.

In October, 2016, just 17 months after the regime came to power, Aisha Buhari, matron of the villa, spun the conspiracy of a cabal in the government. The first lady said she might not support Buhari’s re-election because he is a titular head puppeteered by three people – the cabal. The phenomenon of a cabal pulling the strings of the president, like Mister Geppetto on Pinocchio, took wings, defining the administration largely afterwards.

Aisha continued her crusade against the ‘’powerful cabal’’ treating Nigerians to a riveting but villainous daytime drama. In November, 2019, at the National Islamic Council meeting in Abuja, she spared no foe. She cut down every organ and institution of government with her tongue – as if her husband governs an alternate country. Unprecedented!

In December, 2019, she issued a public statement excoriating Garba Shehu, presidential spokesman, and welting Mamman Daura, a nephew of the president. And before then, Nigerians were already sated with the unlatched warfare between Aisha and the Mamman Dauras, and of course, the president’s ‘’wedding’’ that never happened.

Nigerians watched in stupefaction the Kevin Spacey-like scenes involving Vice-President Yemi Osinbajo and the ‘’cabal’’. They watched how Osinbajo was marooned on the fringes of relevance – how he was reduced to a ‘’condolence vice-president’’. They also witnessed the overt rift between the former chief of staff and Babagana Monguno, national security adviser (NSA), cast in highly sensitive memos and documents leaked to the media.

A house divided against itself cannot stand. In December, 2019, Sale Mamman, minister of power, ‘’suspended and sacked’’ Marilyn Amobi, managing director of the Nigerian Bulk Electricity Trading Company (NBET), and Damilola Ogunbiyi, managing director of the Rural Electrification Agency (REA). The minister said the action is to ‘’restore sanity in the management of NBET’’ in the case of Amobi, and to ‘’reposition the agency for better service delivery’’ in the instance of Ogunbiyi.

But a few days later, on January 9, 2020, President Muhammadu Buhari reversed the minister’s misaction. The president through Boss Mustapha, secretary to the government of the federation (SGF), asked Amobi to resume office immediately. He also lifted the suspension of Ogunbiyi, who later joined the UN.

And the vexing question was how could a minister sack heads of government agencies without the president’s imprimatur? This remains one of the many awes of the Buhari regime.

On Tuesday, the minister of power did a reprise of his misaction. He sacked Usman Gur Mohammed, managing director of the Transmission Company of Nigeria (TCN), with ‘’immediate effect’’, and appointed Sule Ahmed Abdulaziz in his stead. In his accustomed rationale, he said the TCN chief was sacked ‘’as part of continuing measures to reposition and improve the performance of the power sector in the country’’.

However in the case of the TCN chief, the minister footnoted that the president ‘’approved of all the changes and appointments’’. But in a circular issued by the office of the SGF in response to the removal of Usman Gur, Mustapha said the federal government has observed the “arbitrary removal” of chief executive officers (CEOs) and its impact on stability and service delivery. He said ministers cannot remove heads of agencies, and that the president has approved a procedure to discipline erring CEOs of federal agencies.

For sake of clarity, the SGF outlined the procedure thus: “When an act bordering on serious misconduct against a Chief Executive Officer is reported, it shall be the duty of the supervising minister through the permanent secretary to refer the matter to the governing board for necessary action in line with the relevant provisions of the Establishment Act and the principles guiding Chapters 3 and 16 of the Public Service Rules; The board shall in line with due process, issue him/her a query requesting an explanation with respect to the specific act(s) complained about; the board shall forward its findings and recommendations to the minister for further consideration and necessary action;

Going by this confusion, which president approved the action of the minister of power, and on which one is the SGF situating his directive – Buhari or Jubril from Sudan? The dubiety and discomfiture is startling.

Deepening the chaos in the regime is the unvarnished brickbat slinging between Abike Dabiri, chairman of the Nigerians in Diaspora Commission (NIDCOM), and Isa Ali Pantami, minister of communications. Dabiri alleges the minister dispatched armed men to expel her staff from the commission’s office situated in the Nigerian Communications Commission (NCC) building at Mbora, Abuja. What could be more embarrassing? This is government’s property and not the minister’s heirloom.

Really, there is more confusion in the Buhari administration than in the Fuji house of commotion. When will the government settle down to govern? A government that cannot keep itself together cannot get it right in anyway – it cannot keep Nigerians together. Nigerians are tired of the drama; they want leaders not comic actors. The Buhari regime must pull itself together and govern.

Fredrick Nwabufo is a writer and journalist.
Twitter:@FredrickNwabufo