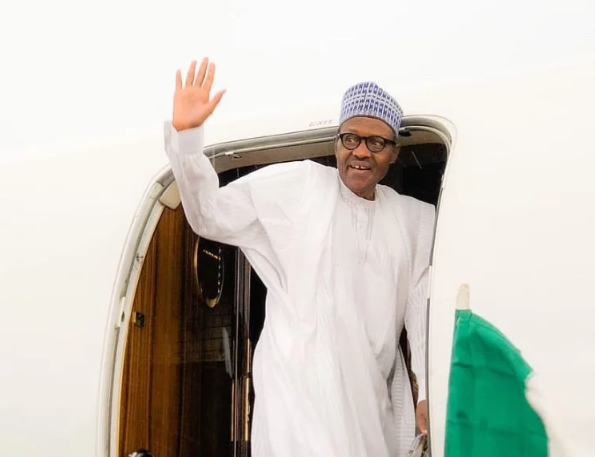 President Muhammadu Buhari will on Thursday depart Abuja for Bissau to attend the National Day of the Republic of Guinea Bissau, Sept. 24.

The President’s Spokesman, Mr Femi Adesina, confirmed this in a statement in Abuja on Wednesday.

According to the presidential aide, Buhari will join the Heads of State and Government of Senegal, Cote d’ Ivoire, Rwanda, Mauritania, Togo and Liberia to mark the 47th independence anniversary of Guinea Bissau.

He revealed that while in Bissau, Buhari would also inaugurate a road named in his honour by the host government.

“The Nigerian leader and other invited Heads of State will attend an official lunch hosted by President Umaro Sissoco Embaló of Guinea Bissau,’’ he added.

Following a military coup in that country, Nigeria in 2012 deployed troops under the auspices of ECOWAS Mission in Guinea Bissau (ECOMIB) to maintain peace.

Buhari had in response to a request for assistance by the Government of Guinea Bissau during its last legislative elections, donated 500,000 dollars, 17 vehicles and 350 electoral kits to support the country’s electoral process.

In May this year, the president received President Embalo in Abuja, during which the Nigerian leader congratulated his counterpart on his confirmation as President and assured him of Nigeria’s support to the new government in Guinea Bissau.

Nigerian troops were only withdrawn on Sept. 10, 2020 after the return of stability to the West African country.

Adesina said the president would be accompanied by top government officials, including the Minister of Foreign Affairs, Geoffrey Onyeama and the Minister of Defence, Retired Maj.-Gen. Bashir Salihi Magashi.

Others on the president’s entourage include the National Security Adviser, Retired Maj.-Gen. Babagana Monguno and the Director-General, National Intelligence Agency, Ahmed Rufai Abubakar.

The president will return to Abuja at the end of the ceremonies on Thursday.

Kaduna kidnapping: My child will remain in public school – El-Rufai