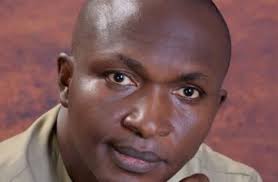 Currntly, several policy decisions, house-cleaning exercises,  resolute needful executive actions and even pesky political distractions clutter President Muhammadu Buhari’s table. But that’s just a part of the story. Perhaps only pretty discerning few know more than Mr President, that today, the stakes are extremely high and Nigerians are mindful that a failure to achieve democratic stability, through a disciplined, transparent, inclusive governance process, may imperil the country’s future as a coherent state.

It is against this background that the suspension of Winifred  Oyo-Ita, head of Service,  and the appointment of Folashade Yemi-Esan as the acting head of the Civil Service of the Federation is better appreciated. Oyo-Ita was directed to proceed on an indefinite leave to allow conclusion of the investigation being carried out by the Economic and Financial Crimes Commission into some issues in which her name prominently featured.

Besides sending seismic shock waves throughout the federal civil service and beyond, the move also warns foes and alerts friends of the administration to the fact that this president means business.

Conscious of maintaining system stability, the president also approved the extension of the tenure of seven retiring permanent secretaries for a period of one calendar year with effect from October 1, 2019. This is to engender stability in the federal civil service and ensure effective delivery on the nine priority areas of the administration as well as the mandates given to the new ministers.

Similarly, President Buhari directed the Office of the Head of the Civil Service of the Federation to commence the process for the selection of new permanent secretaries to replace retiring ones.

The government’s decision to extend the tenure of these permanent secretaries is premised on the need to ensure that the new ministers are properly guided, briefed about their sectors and to ensure that a solid foundation is laid for the delivery on the presidential mandate, an undertaking which they jointly signed. The insight that informed the presidential directives can hardly be faulted.

The permanent secretaries will  be very instrumental, working with ministers to manage the process for the preparation of the 2020 Budget in line with the commitment of government to return to the January-December budget cycle and help develop various policies and programmes aimed at lifting 100 million Nigerians out of poverty in the next 10 years.

The action of President is clearly in exercise of the powers conferred under Section 171 (2) d of the 1999 Constitution of the Federal Republic of Nigeria (as amended).

The bold presidential action simply underlines the fact that  ministries, departments and agencies require leaders who can manage critical responsibilities; men and women, not only of integrity, but also personalities who will not shy away from directly processing the facts and taking hard decisions to guaarantee success.

It is instructive that at close of the 2019 presidential retreat  recently, the Boss Mustapha secretary to the government of the federation, succinctly captured the philosophical essence of the “Next Level Cabinet” and gave an insight into the exacting template within which new ministers must operate.

Indeed, Mustapaha was categorical on the outcomes of the retreat, namely: to consolidate and accelerate on the agricultural agenda to achieve full food sufficiency; increase revenue; and, implement measures to reduce leakages and drive cost-optimization. Others include: to ensure effective coordination between monetary and fiscal policy; invest in human capital development with strong focus on early education and health insurance; facilitate investment in oil and gas sector by ensuring speedy passage of the Petroleum Industry Bill and Deep Offshore Oil and Exploration & Production Bill; resolve the liquidity challenge in power sector and facilitate private sector investment.

The forum reiterated federal government’s commitment to delivering on and implementing all agreed initiatives within the stipulated timelines and to ensure effective implementation. The initiatives are expected to be cascaded to the relevant ministries, where ministers will champion the responsibility for driving implementation and execution. It is therefore reasonable to seek stability in the federal civil service considering the fact that the new ministers will largely rely on the expertise and guidance of their permanent secretaries.

Today, as global economic shock waves impact local economy and policies, new nationalism reshapes big power politics, the Arab-Iran gulf stand-off simmers and bruising US-China trade war unfolds, President Buhari can do no less than navigate a tight course. Clearly, he is on top of his game. His presidency will certainly be defined, going forward, as he deploys his stern footing and maintains his intolerance of indiscipline and corruption – the twin evils that have brought down many nations in history.

Between Ortom and Benue People, By Olusegun Adeniyi

More dialogue, not guns to end insecurity in Nigeria, By Magnus...