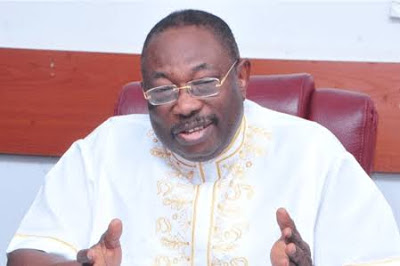 President Muhammadu Buhari on Thursday expressed heartfelt condolences to the family of former Minister of Science and Technology, Maj. Gen. Sam Momah.
A statement by presidential spokesperson,  Femi Adesina, said the President believed the former administrator, engineer and officer, who distinguished himself in academics, and greatly improved the intellectual capacity of the military, lived a memorable life, serving the country and humanity with all his God-given gifts.
Adesina further stated that President Buhari urged family members, friends and associates to find solace in the huge investments of Maj. Gen. Momah in people and institutions, which included the strategic roles he played in enhancing Nigeria’s educational system as Director of National War College, member of the Governing Council of University of Jos, Nnamdi Azikiwe University, Awka, and Fellow, Akanu Ibiam Federal Polytechnic, Uwana.
He said as a former Chief Administrator and Adjutant General of the Nigerian Army, the President noted that Maj. Gen. Momah served the army meritoriously, attracting many honours.
Adesina said President Buhari prayed for the repose of Monah’s soul.
Please follow and like us:

Ondo: PDP campaign urges Buhari not to succumb to pressure from...

Your ambition not worth blood of Edo People – Obahiagbon tells...