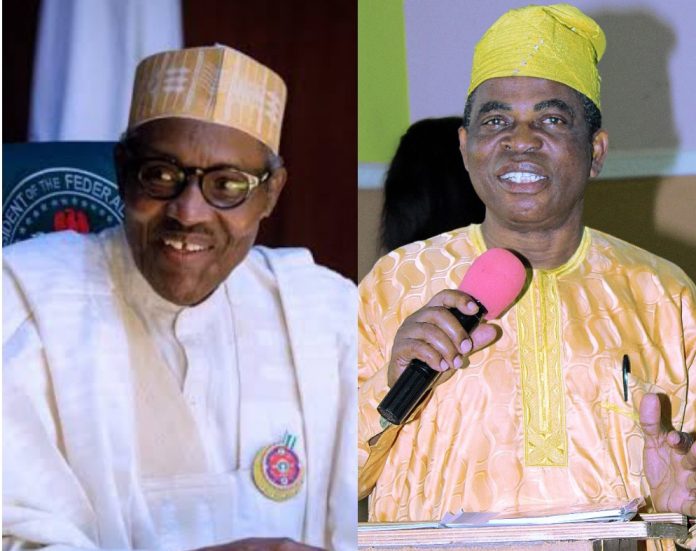 President Muhammadu Buhari on Monday rejoiced with renowned broadcaster, Smolette Adetoyese Shitu-Alamu, popularly known as The Alamu Man, on the occasion of his 70th birthday (December 28, 2020).
Special Adviser to the President on Media and Publicity,  Femi Adesina, in a statement said the President applauded the writer, actor, disc jockey, presenter, producer, news reporter, editor, sports writer, current affairs commentator, documentarist, and, indeed, the mixed bag of talents, who had excited and brought joy to radio listeners, particularly in the Western part of the country in the past 45 years.
Adesina said President Buhari appreciated the multiple gifts bestowed by God on The Alamu Man, and how he had used them to bring joy to humanity, congratulating him, his family, friends, and professional colleagues on such milestone birthday.
He said the President wished the actor and conference speaker greater exploits as he “mentors the younger generation,” counseling him to show them the path of ethical practice and respect for rules, which made The Alamu Man a much-loved media personality over the past four decades.
Please follow and like us: