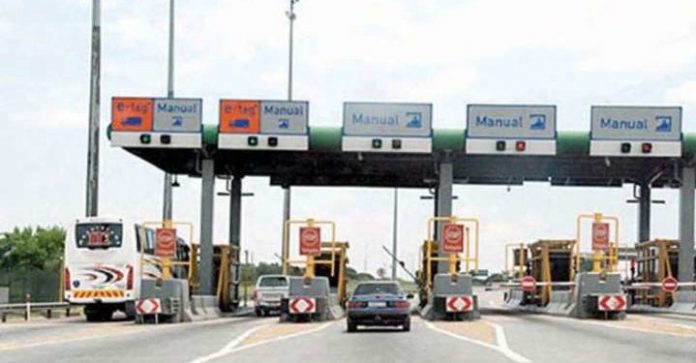 Ghanaians may find it difficult to believe that this is not a war on kenke, shito or banku. But it’s not. When the Nigerian government announced temporary closure of parts of its land border in August, it was a desperate act of survival and self-preservation that was long overdue.

Nigeria had been hemorrhaging for years, troubled both by its own insatiable appetite for what it does not produce and also by the complicity of some of its Customs officials who collude with smugglers to exploit the situation. Our self-inflicted misery was coming in a handcart and it was just a matter of time before the toll would become unbearable.

By the time President Muhammadu Buhari gave the hint of the border closure at the sidelines of a meeting in Japan with Benin President Patrice Talon, the gains of the government’s agricultural self-sufficiency programme in the last five years were leaking so profusely through the borders that Nigeria was at the risk of becoming the biggest importer of rice by the end of 2019, according to the US Department of Agriculture.

The Ghanaian protesters and banner-mongers across the border may not have been looking but our immediate neighbors, the Beninoise, know what this is all about. Benin Republic is a country with roughly five percent of Nigeria’s population which has grown from nearly zero to the world’s largest importer of rice in the last few years.

According to figures by the Thailand Rice Exporters Association, Benin has been importing between 1.4m and 1.8m MT of rice in the last five years, topping China and India. If wealth was measured in per capita import of rice, Benin would be the gold standard.

Yet, the bulk of the rice imported by the government in Cotonou is not for the domestic population of about 12million. Over the years, the government has weaponised the staple by exploiting our insatiable taste for foreign goods, especially rice and poultry, with help from corrupt border agencies. Killing Nigeria with rice and poultry has become the official policy of our Ecowas neighbours.

Talon and his predecessors in Cotonou cannot claim that they don’t know what is happening at the Seme border because they have built an economy that thrives on smuggling at Nigeria’s expense.

While rice smuggling is perhaps the biggest business in the sub-region, other products from petrol to cars and other consumer goods are also smuggled in and out of Nigeria through the Seme/Idiroko border. The porous borders have also become conduits for illegal arms.

I’ve heard the argument that border closure is crude, old-fashioned and futile. What is the point in closing your borders when you cannot produce the goods you’re shutting out or when you do not have plans to encourage local substitutes? Why shutter when you have signed up to the African Continental Free Trade Agreement or the Ecowas protocol on free movement of goods and persons?

Well, maybe this adversity will help us look inwards more seriously. As for the second part, I’m not sure Nigeria or any of the signatories signed up for neighbors to swamp them with rice or tokunbo vehicles or to have their essential products smuggled by organised criminal gangs, sometimes with the backing of neighbouring countries.

Free trade ought to mean fair trade, too. For all his shenanigans – and God knows they are legion – I sometimes sympathise with US President Donald Trump when he takes a tough position on trade against Mexico and China on the grounds that some WTO rules are rigged against his country. If Americans, the high priests of free trade, look out for their own country’s interest, we can and should do no less.

Should temporary closure become a substitute for policy then? No. But the closure should not be lifted before we have in place a system that will drastically reduce smuggling across our western border and potentially see how the benefits can be replicated on other land border fronts. And that shouldn’t take too long.

It’s not unlikely that with inflation up by 1.3 percent from its September level of 11.2 percent, and with Christmas not too far away, the government will be under pressure to re-open the border. It should resist the temptation. If the price of a more secure land border is closure beyond one Christmas season, it’s well worth it.

It’s not a coincidence that two Ecowas countries – Benin and Cote d’Ivoire – are among the top five importers of rice in the world from Thailand. They have profited from our misery for too long and we can’t pretend that it doesn’t matter anymore.

There’s the danger that Customs boss, Hameed Ali, might get so used to the windfall from the closure that he would be tempted to delay the reopening indefinitely without planning to find a permanent solution to the problem as quickly as possible.

Since he has acknowledged that bad eggs in the Service have made matters worse, he must root them out and optimise the use of technology. The more prolonged the delay without plans for a more permanent solution, the greater the tendency that those managing the temporary success would subvert it for their personal gains.

The situation at the nation’s major sea ports – especially the Lagos port, which handles about 70 percent of the seaport traffic – is a disgrace. Any government seriously interested in steering genuine importers away from the porous and ungoverned land borders must tackle the situation at the ports head-on.

From the time cargo arrives at the Tin Can Island port, assessment to terminal delivery order takes about eight stages, sometimes fraught with uncertainty, frustrating delays and red tape that often requires bribes to cut through. The scanners that could have made things faster, cheaper and more transparent have all broken down and those profiting from the breakdown appear not to be in any hurry to fix them.

To make matters worse, the nightmare that awaits the importer or businessman along the Apapa/Oshodi expressway will make him think that smugglers are doing the country a favour.

Smugglers thrive because there is a market that sustains them. And that market has grown and flourished because unnecessary bottlenecks and corruption at our ports have transformed Cotonou from transit to final destination port where duties are, at best, optional or at worst, completely evaded.

It’s the government’s business to fix the system and to create policies and incentives that would substantially reduce smuggling.

Anyone who has been following the Ghanaian or Nigerien protesters in the last week or so, would be forgiven to think that Nigeria was enforcing autarky.

We’re hurting, too; but to continue to abandon our borders to criminal gangs and sub-regional opportunism is not only hurting us; it is also threatening to kill us. Yet, every Charley knows that kenke, however desirable, is only for the living.

Ishiekwene is the managing director/editor-in-chief of The Interview and member of the board of the Global Editors Network.

Edo 2020: Oshiomole gets hero’s welcome in Benin, assures supporters of...

The decent for the indecent, the just for the unjust, By...