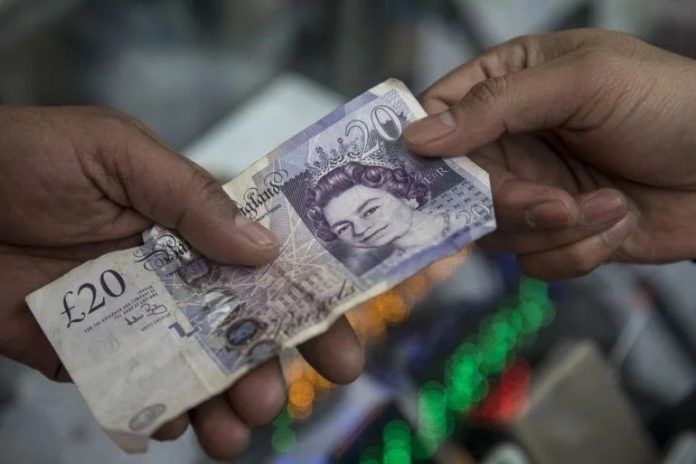 The British pound hovered below a two-and-a-half-year high on Friday after the United Kingdom and the European Union struck a narrowly focused Brexit trade deal, while overall sentiment in currency markets was tempered by a stalled United States coronavirus economic relief package.

The UK clinched the Brexit trade deal with the EU just seven days before it exits the world’s biggest trading bloc.

After months of negotiations, UK, EU secure Brexit trade dealUK and EU have struck an historic trade deal. But what is in it?World reacts to UK-EU post-Brexit trade dealUS COVID aid at risk as legislators block Trump changes

The British currency also hit a three-and-a-half-month high of 141.06 yen before easing to 140.22 against the Japanese currency, though trade was slow as many financial markets were shut for Christmas.

While the Brexit deal will preserve the UK’s zero-tariff and zero-quota access to the bloc’s single market and avoid an economically damaging “no-deal” exit, it does not cover the nation’s much larger and influential financial sector. And Brussels has made no decision yet on whether to grant the UK access to the bloc’s financial markets.

“It is important to recognise this is just the beginning of a new trading relationship that can be built on,” wrote Gavin Friend, a senior market strategist at National Australia Bank in London.

“We also have to stand by for both sides to spin the deal in their respective ways designed for domestic consumption. Invariably the national press will respectively talk of ‘wins’ versus the other side.”

While the deal was a relief to market players, the bare-bones nature of the pact leaves the UK far more detached from the EU, analysts say. That suggests British assets could remain below the value of their global peers for some time yet after their plunge following the 2016 referendum that resulted in the decision to leave the bloc.

“Now the deal is done, over time, we are going to start to see economic impact of leaving the EU. And I think that’s clearly negative for the UK economy,” said Daisuke Uno, chief strategist at Sumitomo Mitsui Bank.

“I would think the pound will slip after all things positive about a deal have already been priced in,” he added.

Also hindering the UK economy in the near-term is the growing prevalence of COVID-19 cases in England, with one in every 85 people infected in the last week as a new, more infectious strain of virus rages in the southeast of the country.

The US dollar was hemmed in a tight range as a standoff on a $2.3 trillion coronavirus in Washington continued and raised the prospect of a partial government shutdown.

Republicans and Democrats in the US House of Representatives have blocked attempts to alter the coronavirus aid and government spending package, leaving its status in doubt after President Donald Trump demanded extensive changes to the legislation.

After months of political wrangling, the US Congress on Monday overwhelmingly approved an $892bn emergency coronavirus aid bill that contains a one-time, $600 payment to individuals to help them cope with a US economy hobbled by the pandemic.

The dollar index – a measure of the value of the greenback against a basket of key global currencies – stood at 90.285, off its two-and-a-half-year low of 89.723 touched last week.

The offshore Chinese yuan was little changed at 6.5185 per dollar.

Police Inspector, others kidnapped in Abuja