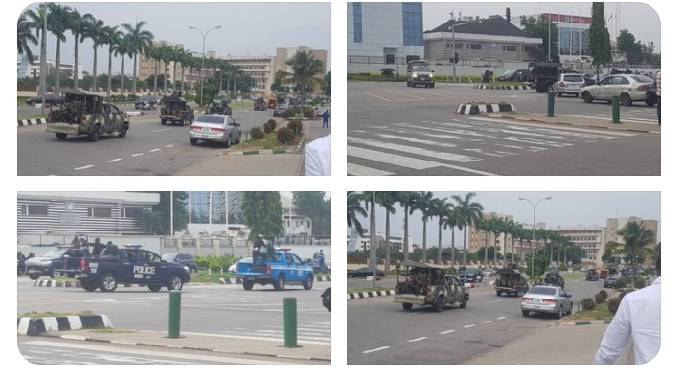 Early this morning (Tuesday), a combined team of police, army, air force and some paramilitary personnel was deployed to the streets of Abuja, thus, preventing the protesters from converging.

Prompt News reports that #RevolutionNow group had scheduled a protest for today against ‘bad governance’ at the Unity Fountain at Maitama district in Abuja.

The leader of the group, Omoyele Sowore, tweeting via @YeleSowore, said:

“Police attack #RevolutionNow members at Unity Fountain in Abuja, protesters arrested and are being brutalized.”

Bitcoin’s price tumbles after US regulator says it can be used...