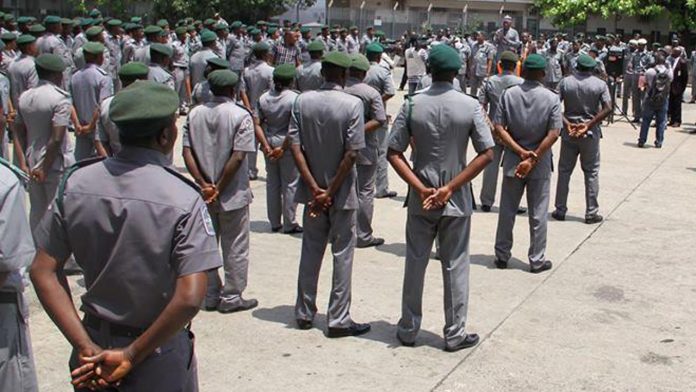 The Senate, on Wednesday, mandated its Committee on Customs to investigate the alleged extra judicial killings at the borders by operatives of Nigerian Customs Service (NCS).

This was sequel to a motion by Senator Tolulope Odebiyi (APC-Ogun West) during plenary on “the Need to condemn the incessant excesses and the recent extra judicial killings of people by men of the NCS in Idiroko/Ipokia state constituency.”

Debating the motion, Odebiyi said since the closure of the country’s land borders, officials of Customs had been conducting themselves in a very reckless and unruly manner along the Idiroko axis.

“It is disturbing, precisely, on October 7, while we were on break, men of the Customs service were alleged to have shot and killed a student including subjecting many students to various degrees of injury.

“The people of Idiroko State Constituency are daily being harassed and treated with disdain by men of the Nigerian Customs Service.

“While many of the actions and excesses by the operatives including the recent killings are not only breaches but done against the state, sadly there are yet to be any report of any of the officers involved reprimanded.”

Supporting the motion, Senator Ibrahim Oloriegbe (APC-Kwara Central) said “we have debated on this floor the reason for the closure of the border and its importance.

“It is very unfortunate and sad that lives of Nigerians are lost as a result of their actions. It is also sad that those men are not keeping to the code of their various services.”

In his remark, President of the Senate Ahmad Lawan, in a voice vote, called for the amendment of the prayers of the motion which was unanimously adopted by the senators

Cooperation and consensus vital to securing our people, By Nasir el-...