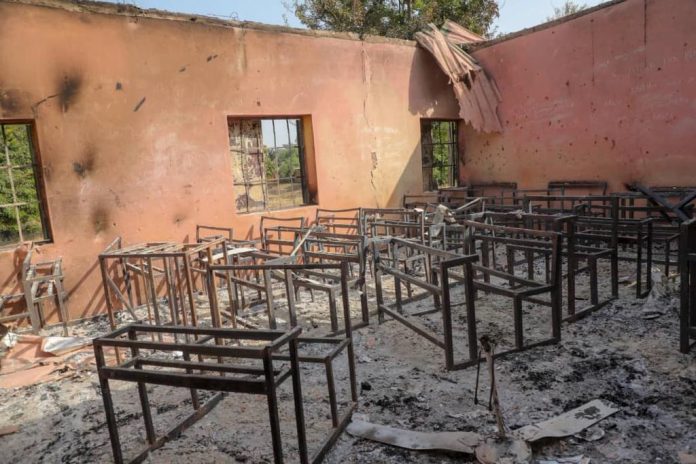 Three persons, two local hunters and a civilian were killed during the attack on the four communities: Tashan Alade, Shafa, Azare, Sabon-Kasuwa and Debro, all in Southern Borno in a massive invasion by insurgents on Saturday.

The insurgents, in the hours of attack which looked well planned, targeted schools, shops and places of worship, razing them. 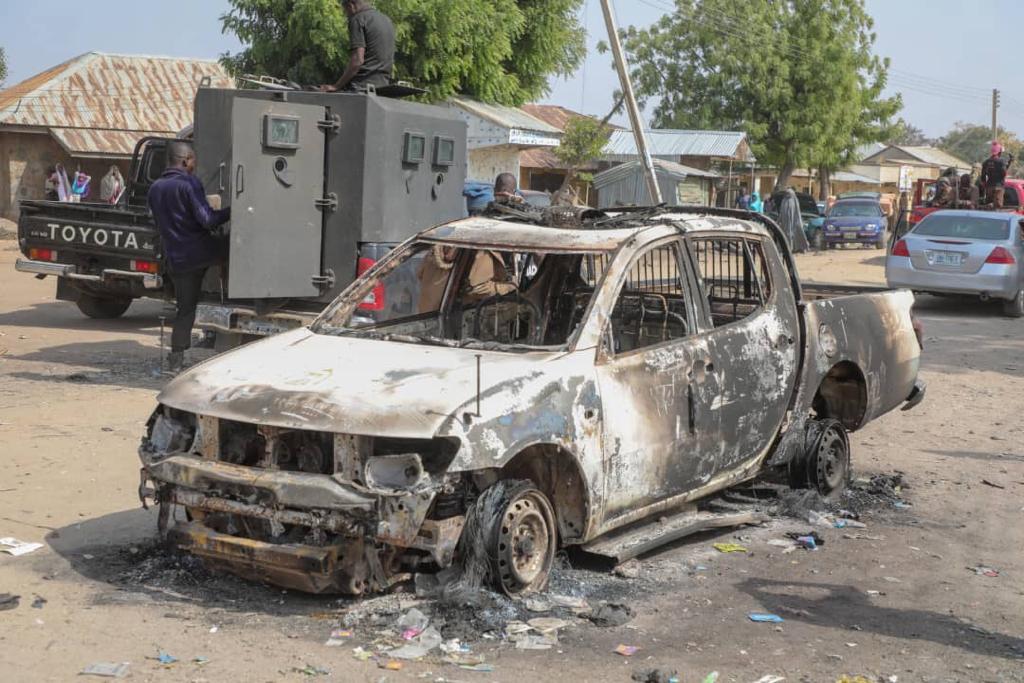 Thousands of bags of farm produce recently harvested by farmers, were alleged to have been looted by the insurgents who also emptied shops and market stalls.

All these details were related to Borno State Governor, Prof. Babagana Zulum on Sunday morning during his visit to the affected communities. 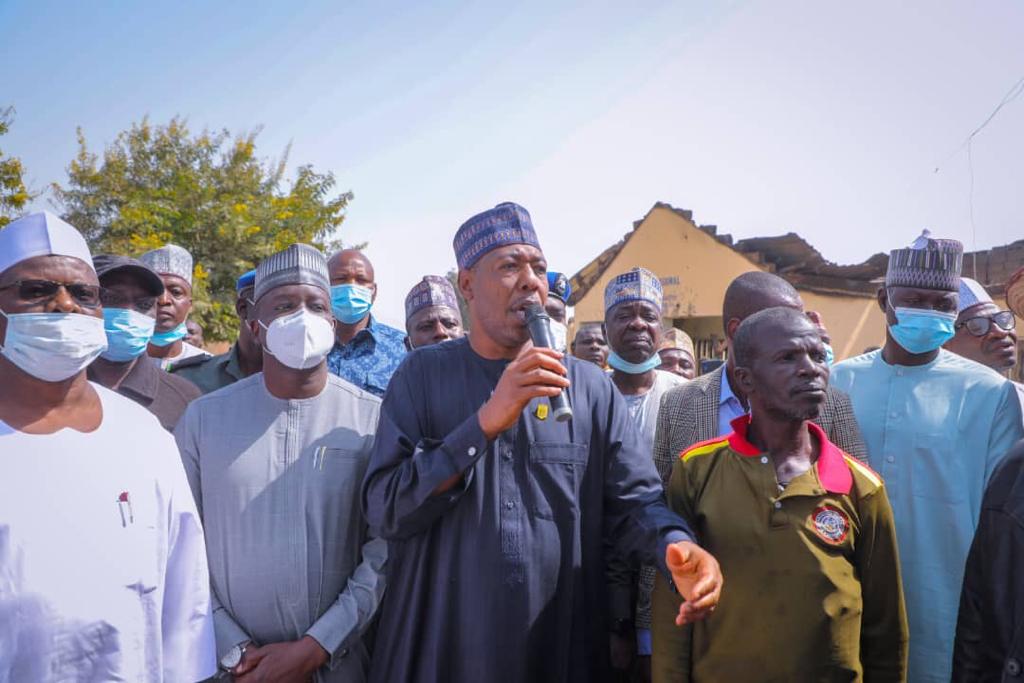 The governor had to cut short his visit to Abuja to return to Maiduguri and arrival took a military chopper to the affected communities attacked by Boko Haram on Saturday.

All the communities are in Hawul local government area in the southern portion of the state, which used to be relatively safe from attacks from the insurgents. 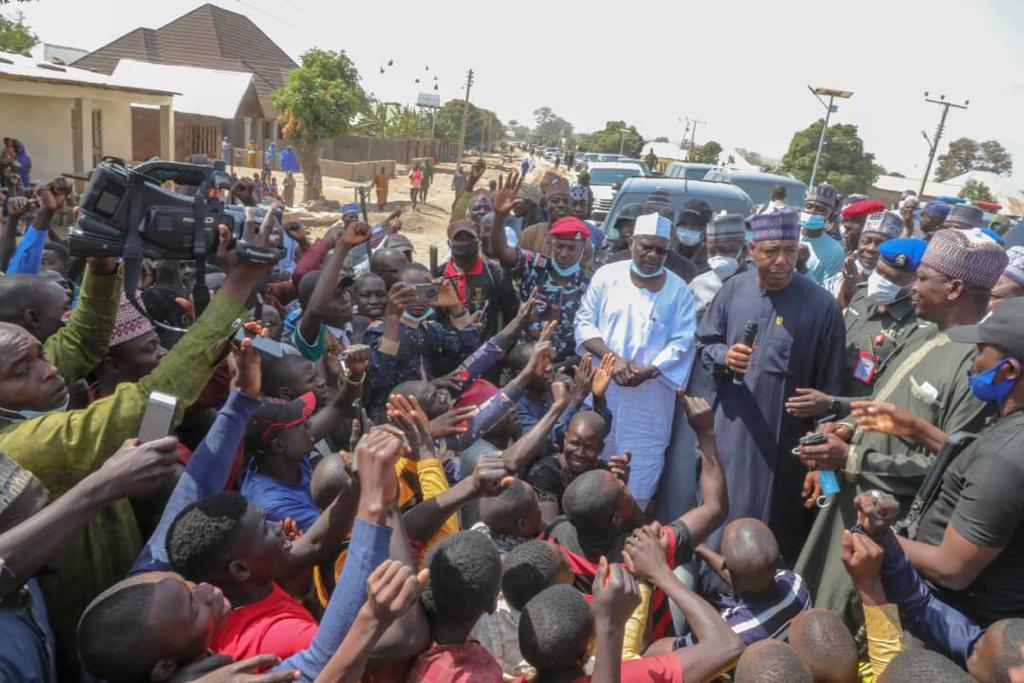 Zulum, according to his spokesperson, Mallam Isa Gusau, had traveled from Maiduguri to Katsina and Abuja on Thursday, for a series of scheduled activities, which he had to cut short Saturday following the attack.

A statement by the governor’s spokesperson disclosed that four communities: Tashan Alade, Shafa, Azare, Sabon-Kasuwa and Debro were attacked on Saturday by the insurgents.

The statement also disclosed that schools, shops and places of worship destroyed by the insurgents with three persons killed in Shafa, among them two hunters and a civilian.

It also said thousands of bags of farm produce recently harvested by farmers were looted by the insurgents who also emptied shops and market stalls.

Gusau said his boss was in Yimirshika, Azare, Sabon-Kasuwa and Shafa, where he inspected all destroyed property and ordered immediate reconstruction of property that include police station, market stalls and others.

He said the governor addressed “terrified residents who returned to Yamirshika town earlier Saturday, after attempts by insurgents on the town, was repelled.”

The governor was quoted to have told the people that: “We departed Abuja to Maiduguri this morning, and we are here to show our sympathy and to stand with all of you, our brothers in Hawul, over the sad incident, yesterday (Saturday). I have been fully briefed and I have seen things myself, insha’Allah, we will strengthen security here and in all places. We will as soon as possible, make available all your requirements based on my interaction with security stakeholders and community leaders. We will rehabilitate the Police station, the shops and all other infrastructures destroyed yesterday.”

He said: “As enshrined in section 14, 2b of the 1999 constitution, security of lives and property remain the cardinal objective of any government, we know this and we are doing everything within our powers to provide security and ensure the welfare of citizens.

“We will neither relent nor shy away from our responsibilities, we shall remain resilient and focused in our search for peace in Borno.”

Zulum, while later addressing journalists, said his visit to the affected communities was to strengthen community resilience and provide support to local volunteers supporting the security agencies in restoring peace.

More facts on Italian confirmed to have been infected with coronavirus...