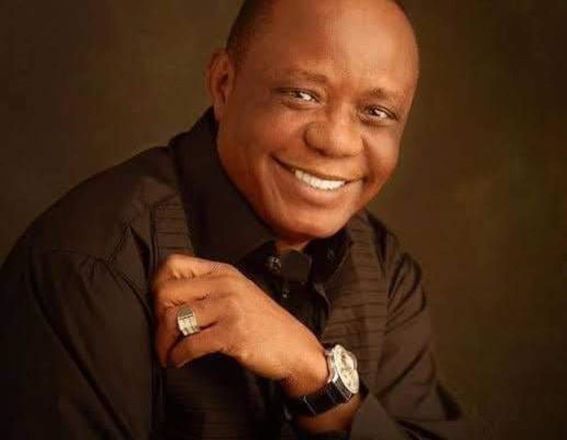 It also described as nonsensical suggestions in the report that he derived his wealth from involvement in illegal activities.

The group was reacting to a report titled: “THE BIG REVELATION AND HOW A DRUG BARON IS FUNDING THE POLITICAL CRISES IN EDO STATE.”

In the report, the authors claimed that Captain Okunbo, among other issues, funded the activities of some political characters in Edo State.

And, in a desperate bid to tarnish Captain Okunbo’s reputation, the authors of the insidious report maliciously claimed that the business mogul dabbled into an illegal drug business.

They, however, could not substantiate the wild and irresponsible allegation.

In a statement signed by Chief Imafidon Uhuangho, the President of Edoseghe Social Cultural Group, the report was dismissed as hogwash sponsored by those who, aggrieved by the non-partisan stance of Captain Hosa Okunbo, were seeking to malign his reputation and blame him for their political woes.

He said: “It is unfortunate that despite the repeated declarations of Captain Hosa Okunbo that he has no intentions to participate or take sides in the political contest ongoing in Edo State out of respect to all the aspirants whom he has a relationship with, some persons have made him a target of a malicious smear campaign.

“An assemblage of lies, concocted narratives, and invented facts was lumped together in the article clearly written by those running errands on behalf of those with the perfidious ambition of maligning Captain Hosa Okunbo for reasons suspected to be political.

“While this is not entirely surprising given the desperate lengths some of the political characters in the state have gone to maintain their threatened relevance, it is nonetheless saddening that they have chosen to besmirch a successful Edo son who is celebrated all over the world for his achievements.

“Captain Hosa Okunbo needs not to defend himself against the fact-less accusations of these faceless persons because his successes, though personal, are by their sheer magnitude and impact notable public events witnessed by a global audience.

“From a humble background, Captain Hosa Okunbo, relying on hard work and ingenuity, sought education and climbed the academic ladder with distinction beginning from Government College in Warri before proceeding to the Aviation College in Zaria where he became a pilot.

“At just 21, he racked up incredible air travel miles under his belt and achieved an uncommon feat of earning a title as Captain at such a young age. It was this victory in the air that inspired his venturing into other businesses where he also conquered the land and sea with exceeding success.

“Today, he is a successful businessman whose credibility and achievements are subjects of global admiration. He has built an unblemished career that inspired millions across the globe and earned him national and international honors.

“To cast aspersions on this enviable record, particularly one that Edo sons and indeed other Nigerian youths draw hope and inspiration from in confronting difficult circumstances just to serve a desperate political ambition, shows that the sponsors have no appreciation for hard and honest work. It reflects the emptiness of their souls, their absence of character, and dearth of integrity.

“It is without a doubt that Captain Hosa Okunbo has built a name that is over and above petty partisan politics. And not even political desperadoes who cannot respect his simple wishes to be allowed to watch on the sidelines as a spectator can put a dot to it.

“The accusation that Captain Hosa Okunbo played any role at all in the political logjam in the state, or has any ties with the trade of illegal commodities, is hogwash invented to distract from the issues at hand and hold him responsible for the tanking political careers of those who are hell-bent on forcefully conscripting him into their political warfare.

“One may even ask: if all these cock and bull stories were by any yard true, and those who sponsored the nonsensical article had any knowledge of it, what prevented them from informing the public before now?

“Evidently, those behind it are merely playing a political script and their lack of morals has left them unhinged, not minding what their antics do to the reputation of an innocent man.

“We wish to state without equivocations that as Bini sons, we will not sit idle and watch while some reprobates fling baseless accusations at Captain Hosa Okunbo. Not only does his success serve as an example to us on what can be achieved with hard work and purpose, but his interventions have also brought growth and development to thousands of youth in the state.

“We, therefore, warn those behind this evil campaign to desist forthwith and focus exclusively on their political battles in which Captain Hosa Okunbo wishes to play no part in.”

Customs confirms killing of three officers at Patrol Base in Rivers

Osinbajo to Nigerians: We will surmount rising, existential challenges