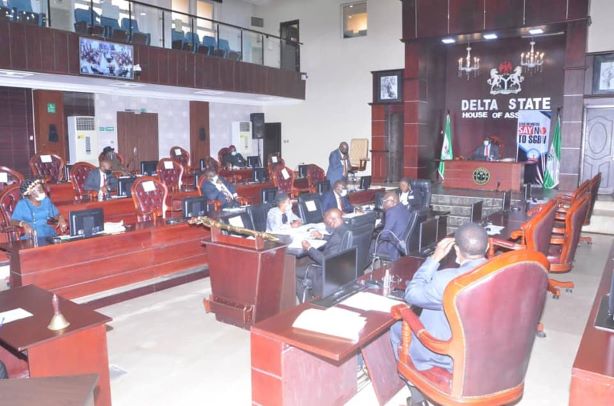 A Bill for the establishment of an indigenous security outfit in Delta State; “Delta State Community Security Corps Agency 2020” on Tuesday scaled through the second reading in the State House of Assembly.

The Deputy Speaker, Rt. Hon. Ochor Christopher Ochor, while commending the State Governor, Senator Dr Ifeanyi Okowa for initiating the Bill, held that when finally passed into law, the Bill will help in curbing criminality in the state.

Rt Hon Ochor, while urging his colleagues to ensure the speedy passage of the Bill, described it as a welcome development.

“I see this Bill as apt and timely; it is indeed overdue. The Bill when passed into law will serve as a synergy with the Police. I want to specially thank the State Governor, Senator Dr Ifeanyi Okowa for thinking in this direction as the Bill will go a long way in helping to beef up the security architecture in the State”, the Deputy Speaker said.

The Chief Whip, Hon. (Evang.) Princess Pat Ajudua in her submission, said, “I want to lend my voice to the passage of this Bill as it is indeed germane, apt and timely. This Bill when passed into law seeks to replace the vigilante and this is good for our dear State as it covers every nook and cranny of the state”.

The Speaker of the House, Rt. Hon. Sheriff Oborevwori, later referred the Bill to the House Committee on Special Bills and Security.

FG delays implementation of new electricity tariffs by a week

Buhari salutes Gowon at 86, describes him as a gallant patriot