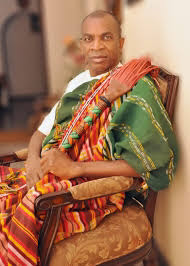 It is hardly disputable that his outstanding personal attributes are largely responsible for the success story of Dr. Tony Aziegbemi as state chairman of the over 500k members of the Peoples Democratic Party (PDP)  in Edo State. The range of support, acceptability and consensus that had being supporting his leadership can attest to this fact.

Aziegbemi is a product of some of the world’s most reputable institutions including the Old Soviet Union (USSR). He has a solid scholarly grounding in visionary and professornay leadership. His two term meritorious career as distinguished member of parliament in the 7th Federal House of Representatives also helped considerably to project his suitability profile and perceived suitability that influenced Edo people to elect him a State Chairman of the then opposition PDP a year ago. 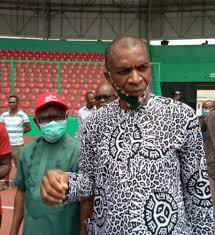 He has indeed lived up to the expectation of his party members as he led the party to regain power it lost 12 years earlier. That he had served on various committees in the party at various times at the National Assembly and others further underscores the respect and the state wide credibility he had.
At his swearing in and inauguration of his executive a year ago, Dr. Tony  Aziegbemi promised to return the political power in the state, break the viscous cycle of electoral failures, misfortunes and usher confidence among the party members, he led the high powered negotiations that brought Governor Obaseki to PDP and put APC to the background. He has bonded the winds of the party members into the party to its hitherto winning streak. He has redefined the position of the party to the fact that the party will always support the Governor to actualize the promises made to the electorate. These has earned him the sobriquet – A bridge builder. 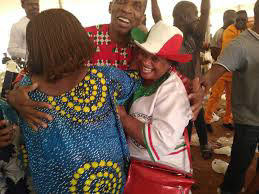 If anyone has expected Aziegbemi to be agitated by the furious reaction to the broadside or by the hasting and indiscreet statement of this protégé, they obviously did not understand the character and politics of the Esan born politician. He has always fired that he will lead a cohensive party in the state.
State Publicity Secretary of the party, Chris Nehikhare has baited the APC that they should always cross-check their facts instead of wallowing in the abysmal shock and defeat they suffered in the September, 2020 governorship election in the state. The APC had accused Governor Obaseki of borrowing to execute some state priority project. 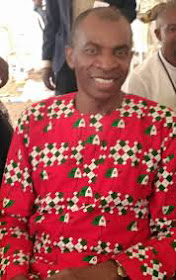 Born in 1959, Aziegbemi had his education in Warri, Eghesa Anglican Grammar school, Edo College before he got the Federal Government Scholarship to study in the Soviet Union where he had his degrees including a Ph.D in Economics.
To move the state forward to the next level of positive development no task or sacrifice should command a higher priority for the state policy than that of reducing poverty, enhancing employment opportunities and infrastructural development.
▪︎Mr Ihimekpen is a writer and politician based in Benin City
Please follow and like us: