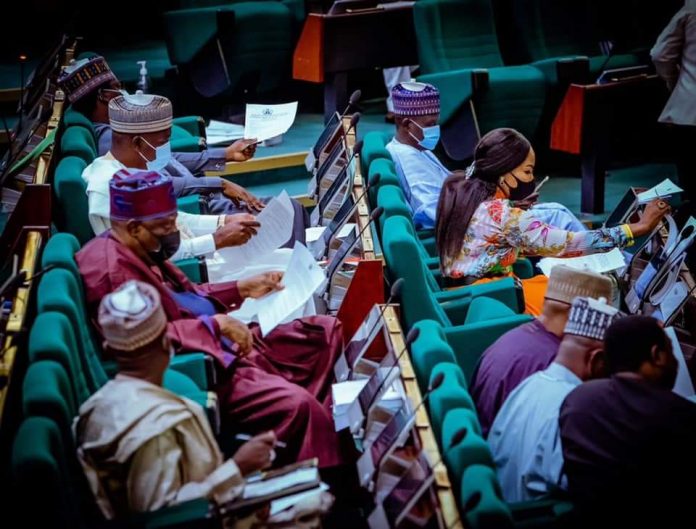 Many members of the House of Representatives have commended the provisions captured in the 2022 budget, saying that they will go a long way in addressing the country’s economic, security, educational and infrastructural deficiencies.

The commendations came as the House opened debate on the general principles of the 2022 Appropriation Bill in Abuja on Wednesday.

The House, which was presided over by the Speaker, Femi Gbajabiamila, set aside other plenary engagements of the legislature to allocate adequate time to the debate on Wednesday, the first day of the two allotted days in order to exhaustively x-ray the money bill.

The debate opened less than a week after President Muhammadu Buhari had on October 7 presented the estimates of N16.39trillion to a joint session of the National Assembly.

Members generally admitted that the budget allocated funds fairly to the major challenges of insecurity, the economy, health and other social infrastructure.

There was also the consensus that the crude oil benchmark of $57 per barrel could still be raised to between $59 and $60, given that oil now sells for about $82 in the global market.

He urged his colleagues to work together by giving speedy consideration to the budget in spite of their different political affiliations.

The Chief Whip, Mohammed Monguno, shared the views of the House leader.

He noted: “The budget is well funded and it will address the yearnings of Nigerians, especially the vulnerable groups.

“Also, very clear provisions have made for critical infrastructure such as roads, railways.”

However, Monguno observed that the benchmark of $57 should be raised to reflect the current reality of oil prices in the global market.

On his part, House Minority, Ndudi Elumelu, commended the doggedness of House committees, which ensured that government agencies complied with some resolutions of the House that had reflected on an improved budget planning.

Elumelu, who called on the Executive to continue to fast-track budget implementation, recommended zero allocations to agencies that flouted House resolutions on accountability and financial discipline.

The Deputy Minority Leader, Rep. Toby Okechukwu, though acknowledging that the government committed huge funds by raising the budget to N16.39tn, observed that the money could be consumed by inflation due to the N410 exchange rate of the Naira to the US Dollar.

Okechukwu called for measures to address the instability in the value of the naira to enable the country to escape what he called ‘motion without movement.’

Luke Onofiok praised the timely presentation of the budget in a bid to keep to the January-December cycle and the provisions made for the hazard allowances of resident doctors.

Onofiok, who said the provisions would help to end the frequent industrial actions by the doctors, suggested that the amount should be jacked up from the current N5,000 paid to the medical officials.

However, he raised concerns over the N3.9tn budgeted for debt servicing in 2022, aside from the budget deficit of over N6trn.

Onofiok also suggested that the oil benchmark of $57 should be raised to $60 to draw in more money that could be used to cut down on the deficit.

The debate continues on Thursday, which is the second and final allotted day ahead of the second reading and referral of the budget to the committee stage.

The Path to Osadebey, By Chris Osa Nehikhare