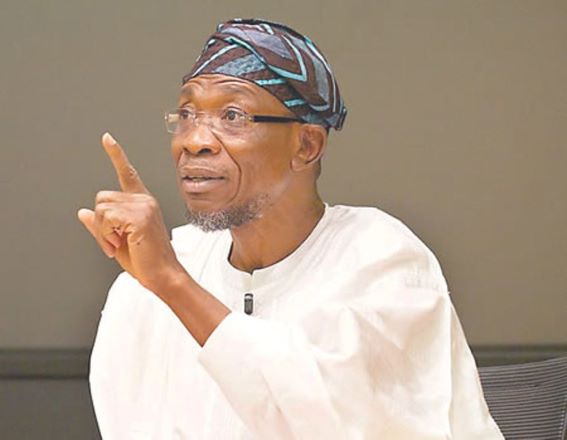 The Minister of Interior, Ogbeni Rauf Aregbesola has called on youths in the country to engage in productive activities that can make them self-sufficient and gainfully employed rather than being over dependent on public and private insitutions only for jobs.

Aregbesola made the call on Monday at the Grand Finale of his Stakeholders’ Engagement in Osogbo, the Osun State capital.

The Minister had, within the past two weeks, held consultative meetings with various groups after flagging-off a Stakeholders’ Engagement in the State on the directive of President Muhammadu Buhari, over the recent #EndSARS protests and its aftermath in some parts of the country.

He observed that the limited number of white collar jobs especially in the public sector was inadequate to cater to the teeming youths that are being churned out into the labour market on yearly basis.

This, he noted, has therefore become imperative for them to look for other alternatives to get themselves economically empowered.

The Minister, who took the opportunity of an empowerment programme organised for the youths and women of Osun Central Senatorial District in Osogbo, enjoined the Nigerian youths to think creatively rather than wait endlessly on Government and private organisations to provide them with jobs.

Ogbeni Aregbesola stated further that his Ministry had begun the process of recruiting about 5,000 Nigerians into the Nigeria Security and Civil Defence Corps (NSCDC), adding however that, when compared with the large number of unemployed youths in the country, only a few persons from each of the local Government Areas would be captured in the exercise.

While commending Senator Ajibola Bashiru of Osun Central Senatorial District on his development efforts, especially, for empowering the people of the district towards self-sufficiency, he reiterated the determination of the federal government to making the people in the state and the rural areas in particular, feel the impact of Government in their domain.

He charged indigenes of the State to continue to support the President Muhammadu Buhari-led Administration in its efforts at providing internal security and citizenship integrity for all Nigerians.

In his remarks, the Senator representing Osun Central Senatorial District at the National Assembly, Senator Ajibola Bashiru urged the beneficiaries of the empowerment kits to make the best use of what they received so that unemployment in the area would be reduced to the barest minimum.

Highlights of the occasion were the distributions of grinding machines, motor cycles, deep freezers, electricity generating machines, among others, to a number of youths and women of the Senatorial District.

Just In: Jonathan returns to Mali to engage stakeholders