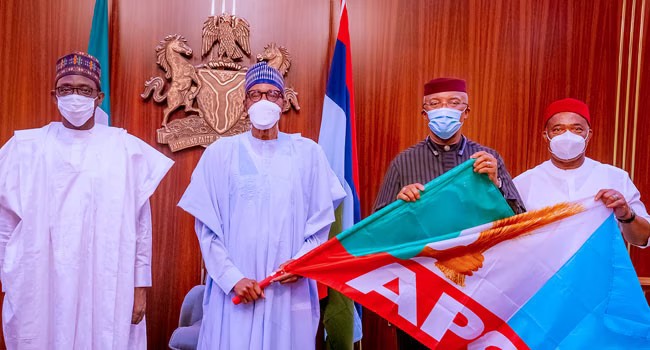 The party said it would not affect the party’s fortunes in the November 6 governorship election.

This was contained in a press statement entitled: “Defection of Nkem Okeke of No Consequence,” which was signed by the National Publicity Secretary of the party, Tex Okechukwu, in Abuja, on Wednesday.

The party said the defection of the deputy was long expected since he had been bearing a grudge for failing to secure the APGA governorship ticket for the November 6th election.

The statement read in part: “The deputy governor had thought that the governor and the party were going to hand over the governorship ticket of the party in the last primary to him on a platter.

“When that didn’t happen, he started behaving abnormally, even to the point of insubordination and dereliction of duties.”

Okechukwu said the party was of the view that the exit of the deputy governor, without formal notification to the party or his principal, was ill-timed and ill-advised because the governor had always treated him with respect, love and consideration.

He explained that APGA frowned upon the desperation being exhibited by the opposition APC in the build-up to the November 6 Anambra State Governorship Election.

He called on all members of the party to remain united to ensure that APGA won the election with wider margins.