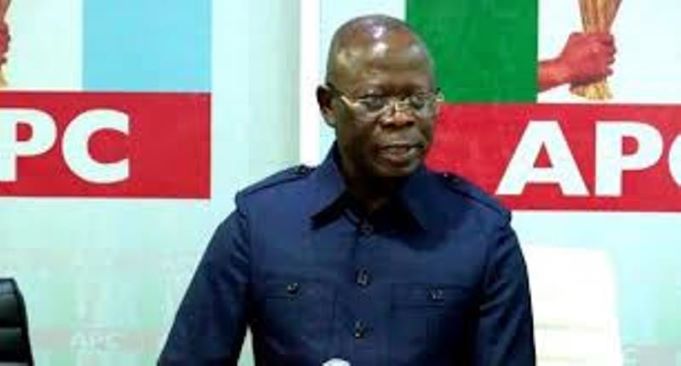 In a bid to foster unity and douse the crisis rocking the ruling All Progressives Congress (APC), the National Working Committee of the party has reversed the suspension placed on two of its regional chairmen.

Mr Shuaibu’s suspension was linked to the allegation that he was instigating some members of the party in the National Assembly against the party’s decision on the choice of the next leaders of the federal parliament.

He also shunned the invitation of the party’s disciplinary panel, set-up to investigate the allegation leveled against him.

In a similar vein, Mr Abdulkadir was controversially suspended by the Magajin Gari “A” Ward, Sokoto North Local Government Area of the party in Sokoto State, after he was accused of working against the party in the run-up to the Sokoto State governorship election.

The APC lost the election to incumbent governor Aminu Tambuwal from the main opposition, PDP.

On the state branch of the party’s recommendation to ‘expel’ Mr Abdulkadir, the NWC eventually suspended him.

However, embattled APC chairman, Adams Oshiomhole, who recently also got a reprieve after calls for his removal, told journalists that the cases of the duo have been reviewed.

He said on Tuesday, after the NWC meeting, that both men have been reinstated to their respective positions.

“In the spirit of reconciliation, the NWC sat and reviewed the case of the Deputy National Chairman (North), Senator Lawal Shuaibu, and areas where we felt he offended the system, which led to the suspension and decided in the new spirit to lift the suspension.

“In the same spirit also, we reviewed the case of the National Vice Chairman North, Inuwa Abdulkadir, who was suspended and we have also lifted it. I am sure that with what we have done the opposition will be disappointed,” he said.

The decision seems to conform with Mr Oshiomhole’s earlier pledge to reconcile the factions in the party.

“I have been forced to agree that I am not the best chairman in the world and I will never be, but nobody can fight my sincerity of purpose. My style can only be my style but I have recognised that I must reconcile my style to the style of others so that we will meet in the middle of the way,” he told reporters.

2023: Why I changed my mind after telling Tinubu, Umahi, Anyim I won’t run for President – Orji Kalu

Twitter Ban: A misplacement of priority, By Esosa Osa

“Edo Sultan: Our intention misunderstood”- Idris, says “we are law-abiding”

“You’re an affliction that will never rise again” – Mimiko tells...