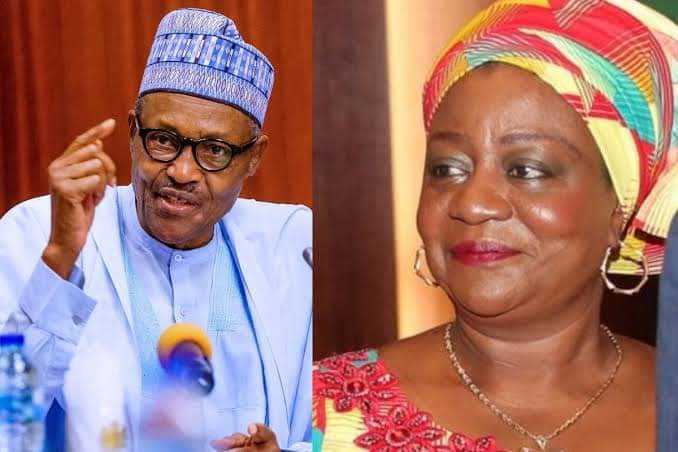 The All Progressives Congress (APC) on Friday called on the Senate to ignore the Peoples Democratic Party (PDP) and some interest groups’ criticisms of Lauretta Onochie’s appointment as a Commissioner in the Independent National Electoral Commission (INEC).
The ruling party, in a statement by the Deputy National Publicity Secretary, Yekini Nabena, said President Muhammadu Buhari’s appointment of Lauretta Onochie as INEC commissioner had been subjected to a rash of subjective, misplaced and selective criticisms by the PDP and some interest groups.
The APC said perhaps the PDP needed to be reminded that one of its card-carrying members, Dr Johnson Alalibo is the current Edo State Resident Electoral Commissioner (REC).
The party said Alalibo who was also a former Deputy Whip in the Bayelsa State House of Assembly had been an electoral asset to the PDP but that was an issue to be addressed another day.
APC urged the “patriotic” 9th Senate to stick with the facts and issues by ignoring the PDP’s grandstanding, cheap blackmail, baseless and subjective allegations of partisanship it was sponsoring against Ms Onochie.
“For the PDP, Ms Onochie’s capacity and effectiveness as a public servant and senior social media profesional amount to partisanship.
“Since public service now equates ‘partisanship’, we invite the Peoples Democratic Party (PDP) to equally fault the appointment of Prof. Mahmood Yakubu, the current INEC Chairman, who was the immediate past Executive Secretary of the government’s Tertiary Education Trust Fund (TETFUND) as well as the earlier stated Dr Johnson Alalibo.
“We equally invite the PDP to query the ‘unquestionable integrity’ of brazen PDP apologists such as Festus Okoye, National Commissioner and Chairman, Information and Voter Education Committee of INEC; Mike Igini, Resident Electoral Commissioner (REC) for Akwa Ibom State, among others,” APC said.
The party also challenged the PDP to point to any of its defunct 16-year administrations that defended and guaranteed the Executive arm of government’s non-interference in INEC’s operation and the true independence of the electoral commission as President Buhari’s government has done.
Please follow and like us:

Buhari to address Nigerians on Monday