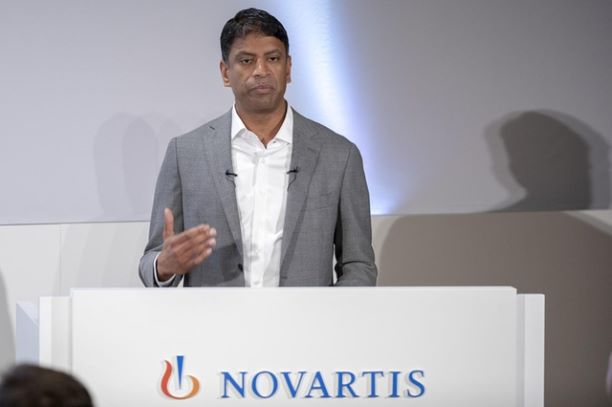 Swiss pharmaceutical giant ,Novartis believes the anti-malaria drug hydroxychloroquine offers one of the best hopes to combat coronavirus and has donated 130 million doses as part of the pandemic response.

On April 3, Novartis said it was donating a “considerable amount” of the drug to the Swiss authorities, which would organise distribution to hospitals. Switzerland is thus the first European country – and second country in the world after the US – to receive some doses.

Hydroxychloroquine, produced by Novartis’s Sandoz division among other companies, is also used to treat lupus and arthritis. “We are working with Swiss hospitals on possible treatment protocols for the clinical use of this drug [against Covid-19], but it is too early to say anything definitive,” added Narasimhan.

Hydroxychloroquine and a related drug, chloroquine, are currently under evaluation in clinical trials for the treatment of Covid-19.

Novartis had previously issued a pledgeexternal link to give away 130 million doses of the drug, including 50 million 200 gram doses it already has stockpiled. It has been reported that the United States has accepted 30 million doses.

“Novartis will work with stakeholders including the World Health Organization to determine the best distribution of the medicine to ensure broad access to patients most in need of this medicine globally,” the company stated on March 20.

Other Novartis drugs are also being explored as possible treatment for Covid-19 including the multiple sclerosis drug Gilenya and the cancer drug Jakavi, Narasimhan told the paper.

Other pharmaceutical firms are also working on bringing potential coronavirus medicines to patients. Among them is Roche, which has launched a clinical trial of a potential new Covid-19 drug Actemra.

The Swiss drugmaker said on March 20 it was working with the US Food and Drug Administration (FDA) and the US government to initiate a phase 3 trial to evaluate the safety of the drug used to treat cytokine release syndrome and rheumatoid arthritis, two inflammatory diseases.

On April 3, Switzerland sought to speed access to drugs that could be used against Covid-19 with an order that allows them to be deployed in hospitals before getting formal approval by the country’s regulator.

The decree covers generic malaria medicine hydroxychloroquine, Abbvie’s HIV drug Kaletra, Gilead Science’s experimental remdesivir and Roche’s Actemra, all of which are being studied for potential use against coronavirus.

Swissmedic, responsible for vetting drugs in the country, also will get new powers to approve deviations from some legal requirements for medicines under review, the government said.

9mobile reacts to reports that its director is on UAE terrorism...

BREAKING: Shoprite Pulls Out Of Nigeria, to Sell Business