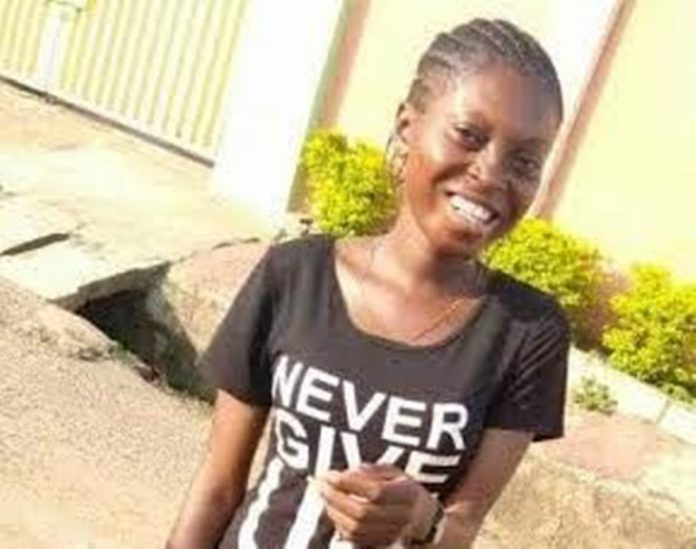 Another female student, Grace Oshiagwu, has been raped and killed inside a church in Ibadan, Oyo State.

The killing, which occurred on Saturday, was confirmed by the spokesman of the Oyo State Police Command, Gbenga Fadeyi.

According to available information, Oshiagwu, a 21-year-old National Diploma student of Oke Ogun Polytechnic, Saki, was attacked with a cutlass until she died inside a church at Idi Ori, Sasa, Ojoo area of Ibadan in Akinyele Local Government Area.

Before now, a female student of the Department of Science Laboratory Technology, Federal College of Animal Health and Production, Moor Plantation, Ibadan, Barakat Bello, was raped and killed on June 1 at Oloro area of Kara in Akinyele.

On June 5, pregnant 29-year-old Azeezat Somuyiwa, had her head smashed with a stone until she died in Ijefun, Akinyele Local Government Area.

And in Benin City, the Edo State capital, a female student of the University of Benin, Vera Omozuwa, who had gone to read inside a branch of the Redeemed Christian Church of God while the lockdown occasioned by the Coronavirus Disease lasted was attacked and raped to death.

Fadeyi said: “One Grace Oshiagwu, female, aged 21 years, was macheted on her head in a church mission building at Idi-Ori Area, Shasha off expressway by unknown assailant(s) today 13/06/2020 about 3pm.

“Investigation has commenced into the matter and the police tactical teams are on the trail of the assailant(s).

“While efforts are intensified, we want to continue to solicit for credible information from members of the communities around the area and the general public to unravel the misery behind these dastardly killings.”

FIRS urges tax payers not to panic over court order on...

Militia Groups Planning To Blow Up US Capitol When Biden Addresses...