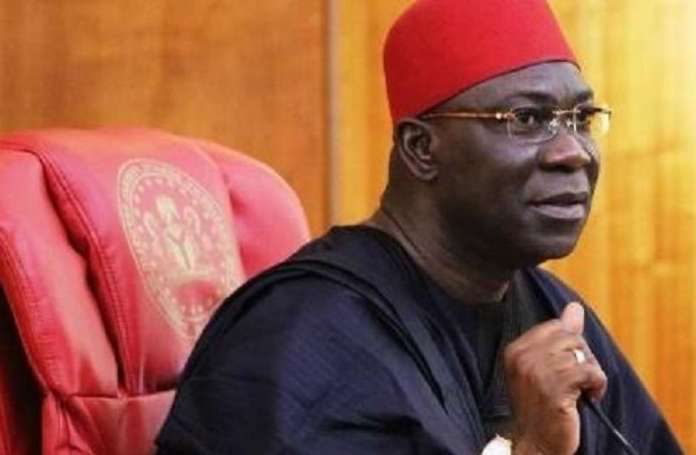 A former Deputy Senate President, Senator Ike Ekweremadu (representinh Enugu West in the Senate) said Nigeria’s security needs could not be met by the creation of state security outfits as leaders of various regions had gone ahead to establish.

Ekweremadu spoke as a guest on Channels Television’s “Hard Copy”.

He said that the security agencies being created outside the confines of the constitution would only lead to a state of anarchy.

According to him, these security groups such as Amotekun in the Southwest and Ebube Agu in the Southeast were established in anxiety, and as such, they would not stand the test of time.

Read him: “You see these are just panic measures, it is not enduring; and at worst it’s going to be a call to anarchy.

“The solution to our security challenges in Nigeria is to have a constitutional provision for a decentralized policing.”

He underscored the need to have subnational police, explaining that there needed to be a law that not only established the regional/area police system but also made provisions for how the establishment would be regulated.

He said that though security outfits like Amotekun and Ebube Agu might have their internal regulations, this would not be enough.

Ekweremadu warned that without a constitutional backing, clashes would continue to abound, adding that only proper legislation could see such organizations become effective.

Tinubu says God can give power to anyone He wishes

Troops neutralize over 52 bandits, recover 16 motorcycles, others in Zamfara