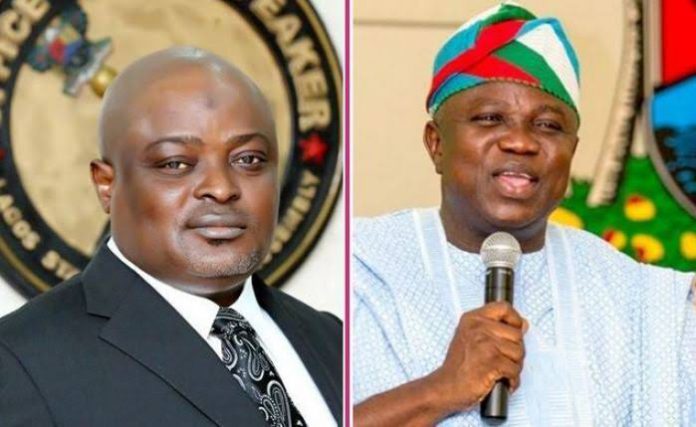 A Lagos High Court in Ikeja on Tuesday ordered the Speaker of the State House of Assembly, Mudashiru Obasa to appear before it in connection with the ongoing probe of procurement of 820 buses by the administration of former Governor of the State, Mr. Akinwunmi Ambode.

The former Governor had instituted a suit against the Assembly to contest the constitutionality of the probe of the buses, which were procured based on budgetary approval as part of the Bus Reform Project of the State Government designed to revolutionize public transportation in line with global best practices.

In an order dated 29th October, 2019 issued by Justice Y.A Adesanya after hearing a motion ex-parte moved by Ambode’s lawyer, Tayo Oyetibo (SAN), other defendants ordered to appear before the court at 9am on Wednesday October 30 are House Clerk, Mr A.A Sanni; Chairman of the Ad hoc Committee set up by the House to probe the procurement, Fatai Mojeed and members of the Committee. They are Gbolahan Yishawu, A.A Yusuff, Yinka Ogundimu, Mojisola Lasbat Meranda, M.L Makinde, Kehinde Joseph, T.A Adewale and O.S Afinni.

Justice Adesanya ordered the originating processes and all the accompanying processes filed by the claimant (Ambode) to be served on the defendants and subsequently fixed Wednesday October 30, 2019 for hearing of motion for interlocutory injunction.

According to his statement of claim before the court, Ambode said contrary to deliberate misrepresentation of facts by the lawmakers, the procurement of the 820 buses was well captured in the 2018 Appropriation Law which was duly approved by the House.