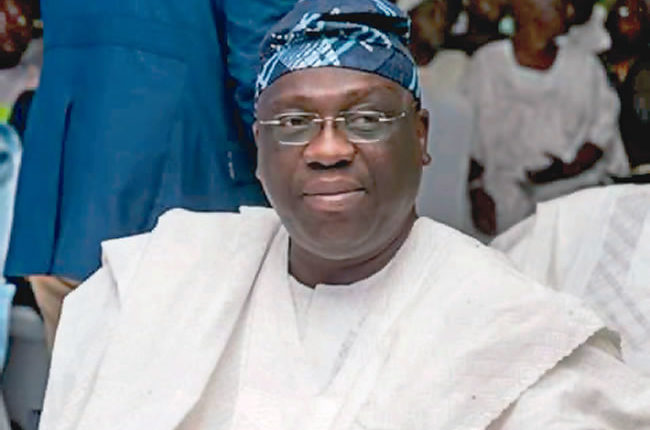 A chieftain of the All Progressives Congress (APC) in Lagos State, Ogboni Fouad Alade Oki has declared his intention to contest for the position of State Chairman of the party.

According to a letter of intent by the politician whom some regard as strongman of Lagos politics, his decision to contest for chairmanship of the party, came after careful analyses of the challenges confronting the party and on the strength of clear understanding of his personal ability to provide the needed leadership in the collective search for solutions.

The letter of intent added that his decision was also influenced by his experience as a team player and a unifier as well as a loyal party man who desires the best for the party.

Oki said the party at the state level had gotten to a cross-road where experienced people in political administration were needed to mend the divisions being created by the inexperienced leadership that currently permeates the political landscape.

He said his main priority is to see the party bond in unity, preparatory to the next general election. 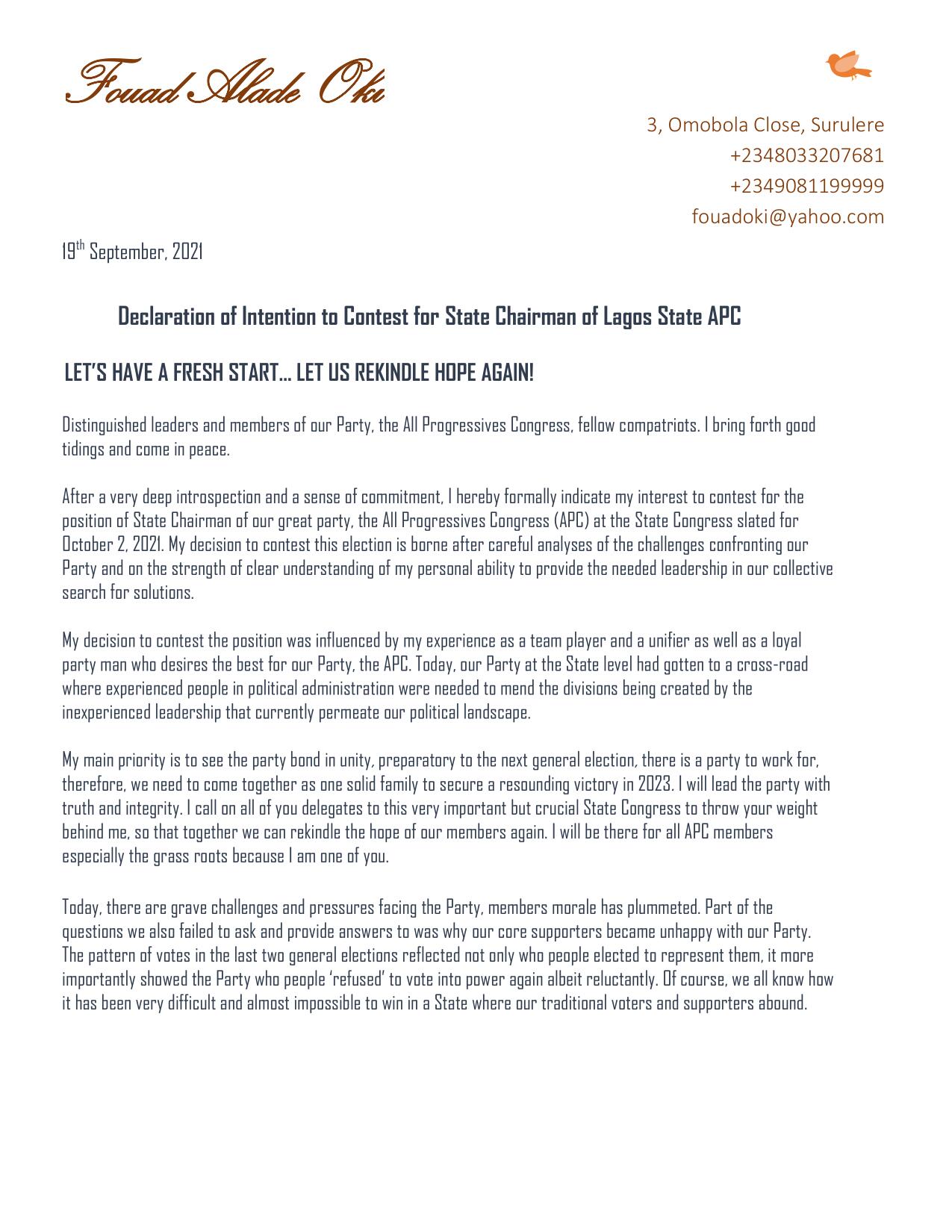 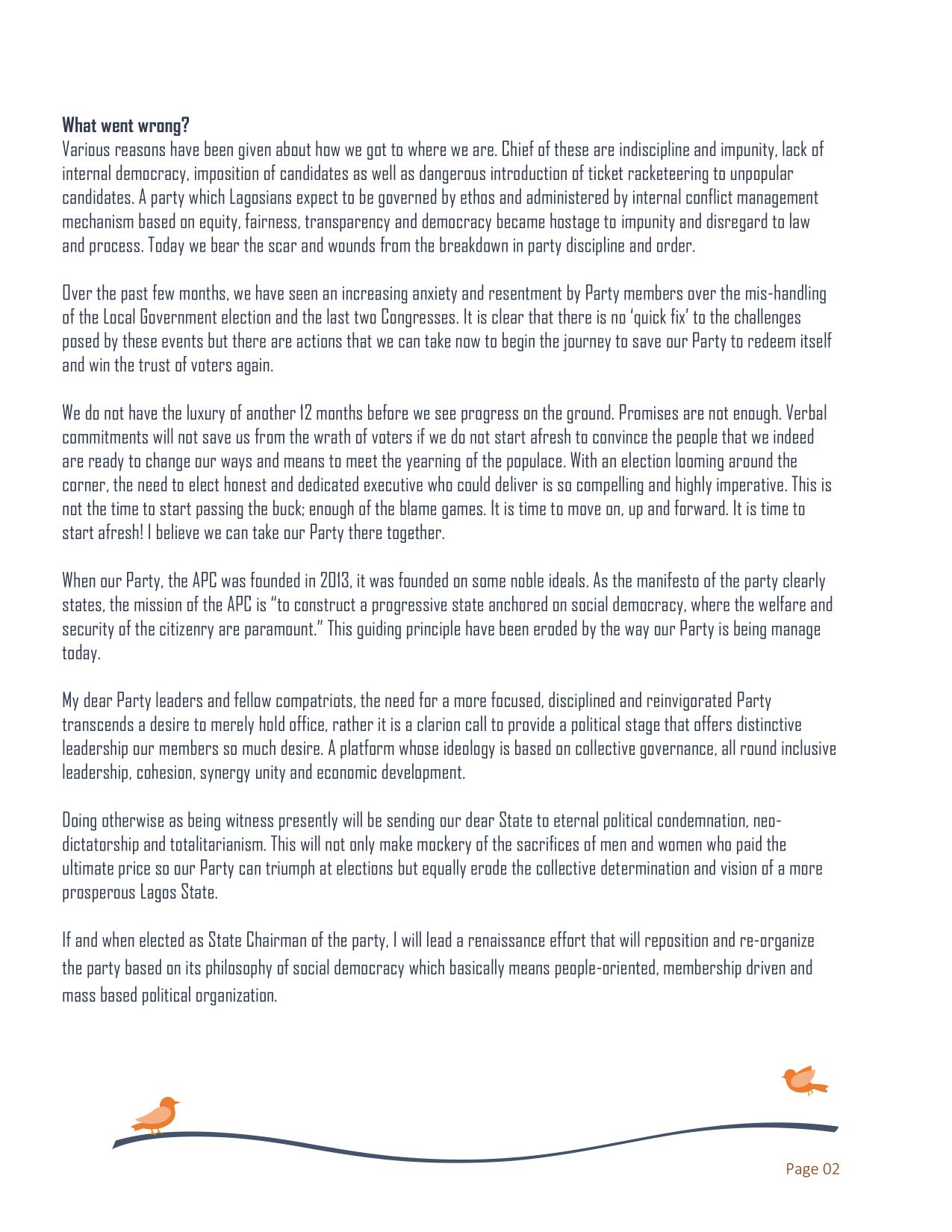 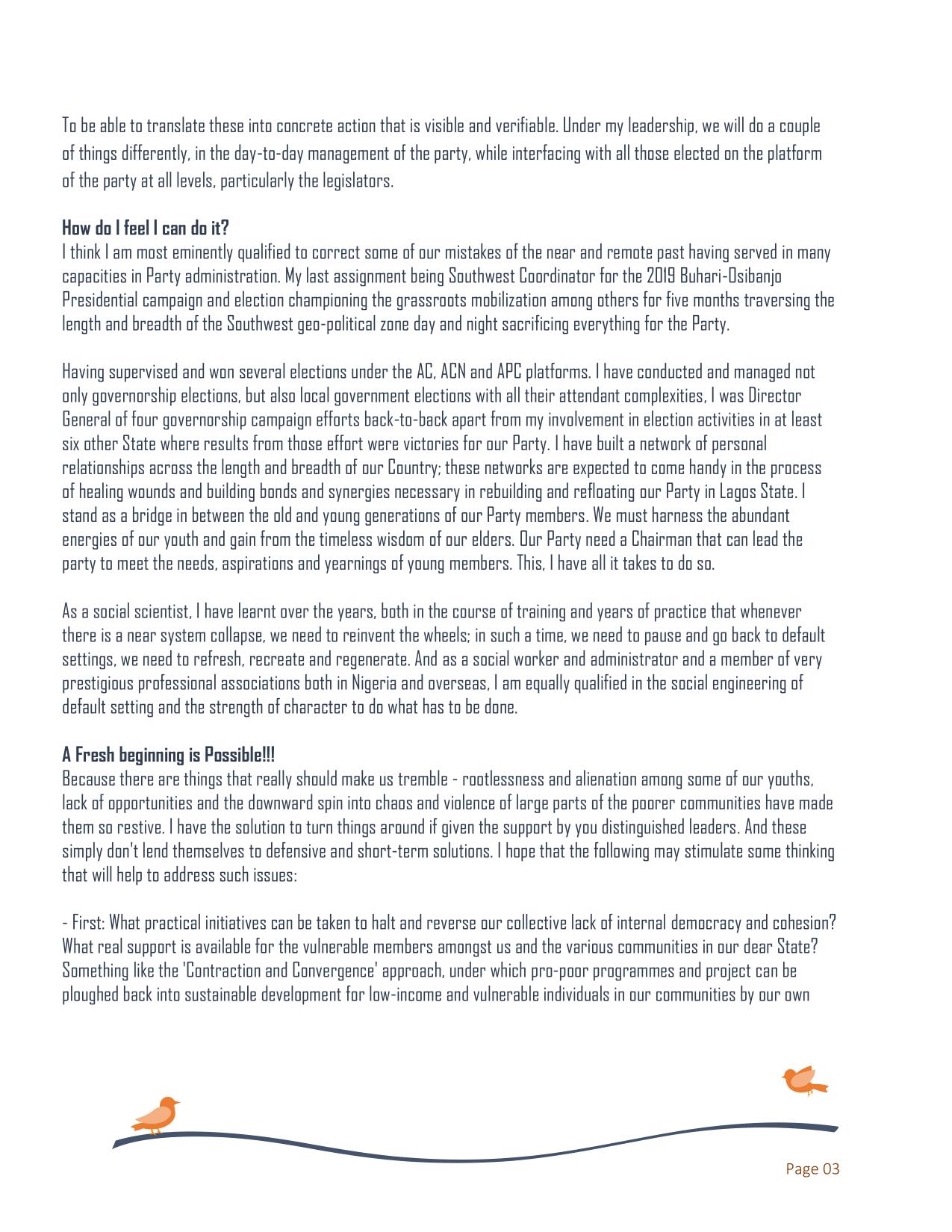 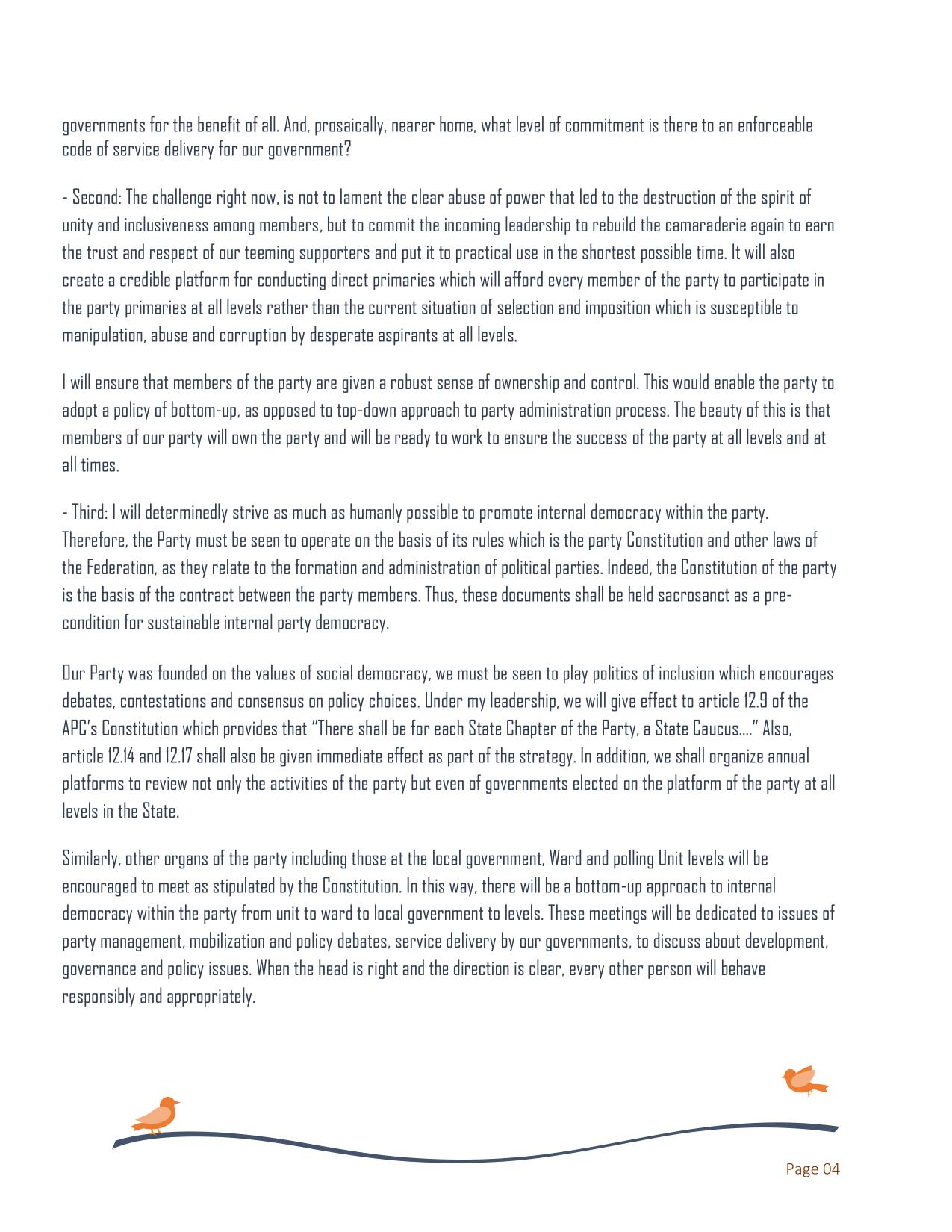 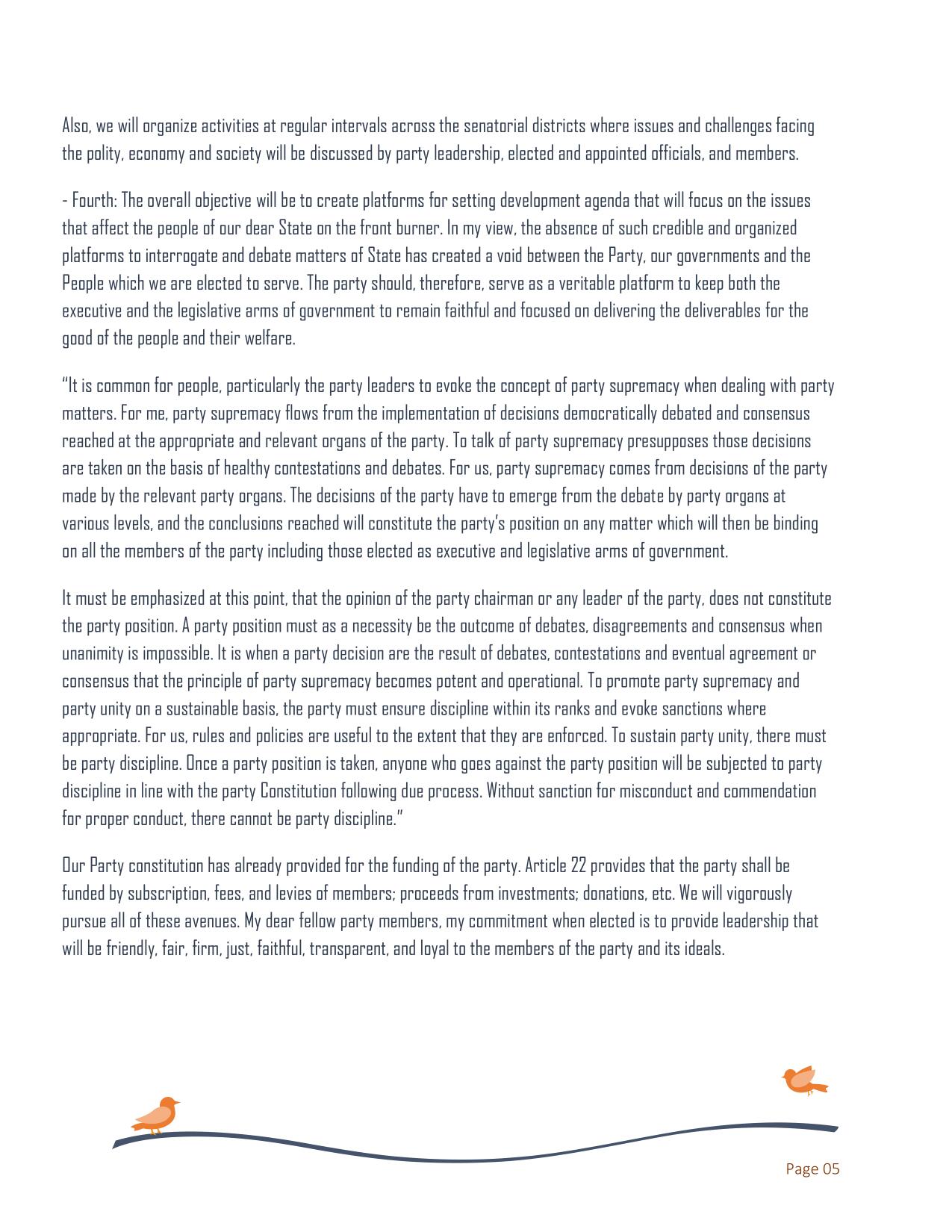 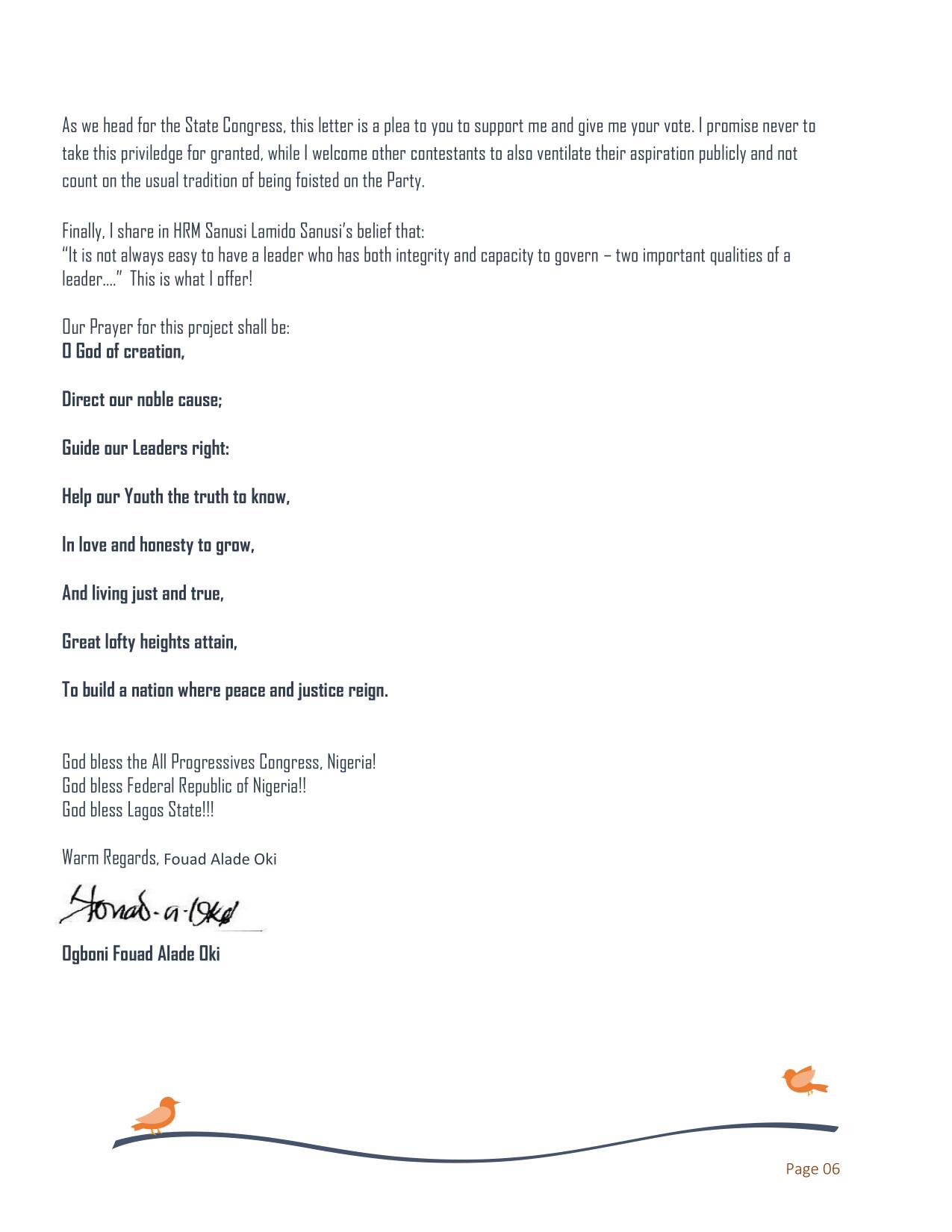