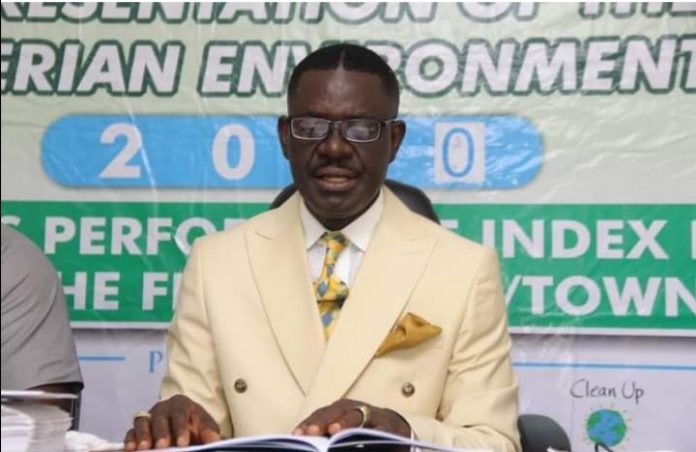 Akwa Ibom State has emerged the cleanest state, with Abuja carting away the top prize as the cleanest city in Nigeria.

This is the third consecutive time that both Akwa Ibom and Abuja would be so ranked, having won the awards in both 2018 and 2019.

The latest rating was the outcome of a-15 member national technical study group on the state of the Nigeria environment report 2020.

The study, which was conducted by Clean-Up Nigeria (CUN) with support from global project partners from Canada, USA, Germany, France and Australia
CUN, focused on the cleanliness index ratings of states and cities/towns in Nigeria.

The result of the study, which was released on Tuesday, was scored on five performance indicators via physical verification 20% and the deployment of GEO-Eye-1 satellite that has the highest resolution imagery system in the world which is able to collect images with a ground resolution of 0.41 meters (16 inch ) in panchromatic and multi spectral from the orbit every quarter year round and gives accurate reliable data that are applied to the five performance indicators including streets/road cleanliness (30%), vegetation/drain control (20%), waste management service (30%), public opinion poll+ social media (10%), knowledge, attitude and practice (KAP) of hygiene and sanitation of the people (10%), totaling 100 per cent.

In the cleanest city category Abuja and (not the whole FCT,) scored 68% to come first, followed closed by Uyo which scored 63%.

Ikeja, the capital of Lagos State, placed third with 44% while Maiduguri, the capital city of Borno State, came last in the category.

The study observed a significant drop in the level of waste management in Nigeria, especially in the areas of equipment most of which have been grounded and unserviceable.

But the most disturbing of the study’s observations is that Nigeria still remains the number one country in the world in the practice of open defecation.

The study lamented that “the practice of open defecation in all the 36 states of the Federation and FCT has not reduced.”

“Performance indicators from the studies also show that the number of Nigerians living in unclean environment has increased from 68 million in 2019 to 170 million in 2020.”

It also revealed that only three states in the country, namely Lagos, Oyo and Abuja operate sanitary landfills in waste management while the rest still operate open dumping.

The study lamented that in terms of waste management privatization which is part of the millennium set goals with 2020 as deadline, many governments were still far from achieving the goal as most were directly, involved in the management of waste rather than privatizing it which would have improved service delivery.

The study however recommended that government should hands-off direct management of waste but should engage the private sector to ensure service delivery and job creators.

The study also observed that the informal sector operators of waste recycling and reuse enterprises recorded lower patronage and of 37% in 2020 as against 43% in 2019.

It also observed that Innoson Motors are the second manufacturers of waste management vehicles in Africa and therefore need to be patronized by Government.

In its recommendations, Clean-Up Nigeria called on both the Federal and state Governments to improve the knowledge, attitude and practice of hygiene and sanitation among Nigerians.

It also recommended an increase in sanitation and waste management funding in all tiers of government and by corporate organizations.

It further recommended that given the job hazards, there should be improved salary/wage structure for sanitation workers, while making a strong recommendation for regular clean up of drains, noting that 73% of states have neglected this aspect of environmental sanitation.

Buhari reacts to Umahi’s defection, says it’s based on principle rather...

Police parade 45 suspects for terrorism, other crimes in Borno