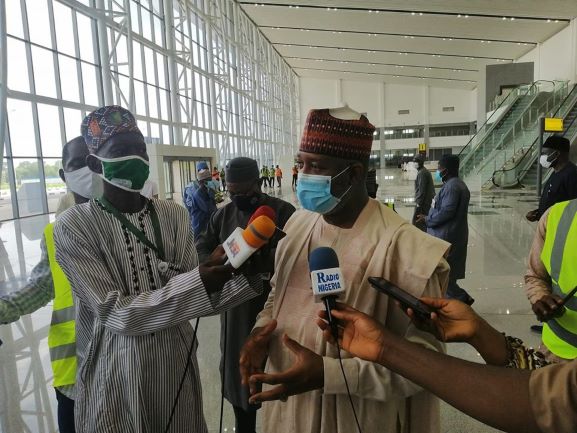 Federal government has said that although airports around the country are beginning to open up for operation, it is at liberty to close any airport if need be.

He stated that airports were not open on the basis of geo-political considerations, but readiness and adherence to protocols.

Minister of Aviation, Senator Hadi Sirika, made this known during the Presidential Task Force on COVID-19 press briefing where he also gave a breakdown of some airports that were ready to reopen and others that were still adjusting to comply to the restart guidelines.

Sirika said,  “We did say that all airports in Nigeria are open for domestic operations from 15th July, it remains so.

“However, we are at liberty to open and close airports, depending on so many other operational reasons, at any point in time. COVID or not, we can open or close airports.”

“We received lots of pressure and questions regarding opening one airport in each geo-political zone and pressured to open Owerri.

“Yola and Kadunq airports are to open tonight ( yesterday) 16 July. Calabash Airport has been inspected and in the process of resuming soon as the faulty security equipment is dealt with.

The minister also said, “Airports that are not ready for inspection include Bauchi, Gombe, Asaba, Escravos, Dutse and Osubi Airport.”