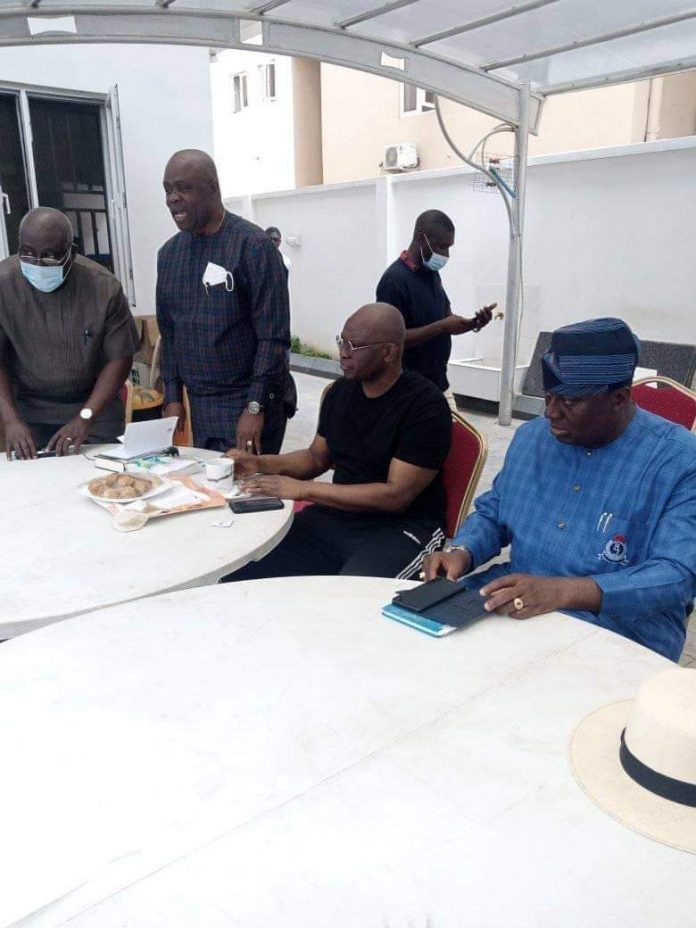 In their bid to forge a common front and make the Peoples Democratic Party (PDP) more formidable in the South-West, former Governor of Ekiti State, Ayodele Fayose, again met with loyalists on Wednesday, with a clear decision to work with the Ambassador Taofeek Arapaja led zonal Exco to strengthen the party.

A release signed by Lere Olayinka said the stakeholders, drawn from the six states in the South-West zone reiterated commitment to peace and unity in the party, urging stakeholders in the other group to show similar commitment.

“As committed stakeholders in the PDP, we have done what should be done after the congress by congratulating Ambassador Arapaja and extending hands of fellowship to him.

“To us, despite the flaws, we have accepted results of the congress and the onus is now on the other side to reciprocate our gesture.

“However, it is imperative that we point out to the party leadership, the ignoble role of the Congress Committee Secretary, Senator Samuel Anyanwu, who did not hide the fact that he was in the committee to do his usual hatchet job.

“We condemn Senator Samuel Anyanwu for his clear display of bias during the congress. But for the honesty, sincerity and steadfastness of the Deputy Governor of Benue State, Engr. Benson Abounu, who acted as the Congress Committee Chairman on behalf of Governor Samuel Ortom, the whole process would have been so crudely manipulated by Anyanwu.

“It is on record that twice, Senator. Anyanwu added ten votes to those of the eventual winner and it took the vigilance of those at the hall to correct him while counting the ballots for the chairmanship election.

“Consequently, we call on the party to blacklist him (Anyanwu) and desist from involving him insensitive assignments, especially congresses.

“We also appreciate former Governor Fayose for his commitment and doggedness and urge him not to relent in his sacrifices for the peace and unity of the party.”

Speaking at the meeting, Fayose commended the stakeholders, saying that he was surprised that despite the outcome of the congress, they have remained resolute in their support for the party.

“I am humbled by your coming here today, not-minding what happened last week Monday in Osogbo. Your display of total commitment to the party is well appreciated and we will continue to do what is expected of us as leaders, in the overall interest of the party,” Fayose said.

The meeting, which was held in Lagos, had in attendance the chairmen of Ekiti, Ogun, Lagos and Osun States, Otunba Bisi Kolawole, Dr Sikirulai Ogundele, Engr Adedeji Doherty and Hon Sunday Bisi respectively.

Video: The black man, his prostrate, its care (also for women...

Why Niger Delta remains in ruins despite N4t benefits transfer