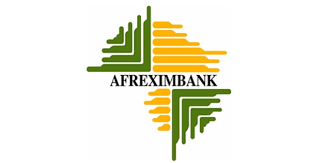 The President and Chairman of the Board of African Export-Import Bank (Afreximbank), Professor Benedict Oramah, has been re-elected to the Executive Committee (EXCOM) of FCI, the global representative body for the factoring, invoice financing and asset-based lending industry.

This is the third time the Afreximbank boss would be re-elected to the FCI EXCOM following his election in 2017 and 2019. He was chosen alongside Ms. Doaa Hafez, General Manager and Head of Technical Functions at Egypt Factors, whose candidacy was supported by Afreximbank, making this the first time two delegates from Africa are voted into FCI EXCOM.

Their election strengthens Africa’s position in the world’s leading factoring body and is a recognition of the increasingly important African market.

“I will continue leveraging FCI’s support to implement forward looking strategies towards the growth of factoring, and ensuring the Bank’s networks of government officials, and policymakers are extended to the FCI family for advocacy towards factoring development in Africa,” said Professor Oramah.

His re-election is also a recognition of Afreximbank’s efforts in promoting factoring in Africa. Over the past 15 years, the Bank has built a strong bond with FCI, supporting the growth of factoring in Africa, nurturing the Africa Chapter of FCI and significantly increasing its membership.

Afreximbank has initiated innovative programmes to promote factoring in Africa, including the development and promotion of a factoring model law, which is now being adopted or used as a guide by countries to develop their own factoring laws.

With close to 400 members in 90 countries, FCI offers various solutions for cross-border recevaibles finance as well as a unique network for cooperation in international factoring. It helps its members to develop intenatonal trade and finance business. Transactions by FCI members represent nearly 90% of the world’s factoring volume.

Lagos govt shifts resumption of workers on GLs14 and below from...