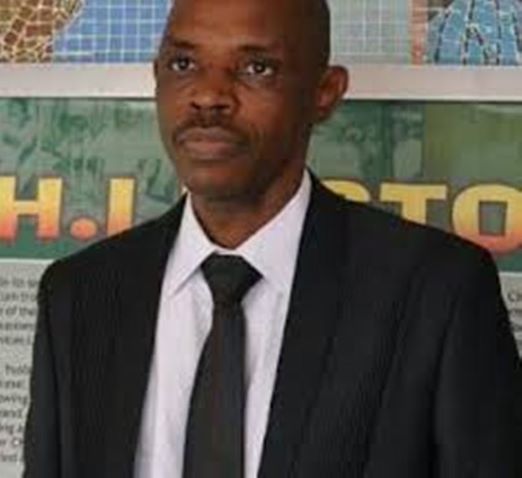 “For what is wedlock forced but hell,
An age of discord and continual strife
Whereas the contrary bringeth bliss
And is a pattern of celestial peace.”
-William Shakespeare, 1 Henry VI

NINE hundred and sixty six (966) days from today, President Muhammadu Buhari will end his reign over Nigeria. He will join his boss and benefactor, Olusegun Obasanjo, and all the others behind the fence, casting furtive glances at the awesome power they once thought was theirs forever. My prayer is that regrets would not be the natural property of his grey hairs. I pray that the ravening clouds hanging over the land do not rain storms, blow rooftops and mock aspirations and expectations. If I were Buhari, I would be worried about how I would end my reign and what history would say about me post-Aso Rock. I would pray more fervently that I would not be a president without a successor; an ex-president without a country. I would stop all selfish, self-serving provincial schemes, save the nation from strifes and hand it over fairer and safer than it was given to me.

I listened to Buhari on October 1, 2020 as he told the already burdened Nigerians to prepare for heavier yokes. Because some countries place very high prices on their petrol, Nigerians must also pay through the nose. The cavalier manner he exhibited Nigeria and Saudi Arabia on the same table alarmed me. I heard him and remembered a grandchild of the biblical King David who supervised the disintegration of his father’s kingdom. Rehoboam, that man’s name, was an irony. It means “he who enlarges the people.” Historians say there is an inscription at Karnak in Egypt which confirms his tragic reign as real. He became king and his people begged their new ruler to review his father’s policy of heavy taxation and forced labour. But because he was haughty and unfeeling and listened to the counsel of only the wicked, he insulted the people he was born to enlarge. The arrogant king told a traumatized people: “Whereas my father burdened you with a heavy yoke, I will add to your yoke. Whereas my father scourged you with whips, I will scourge you with scorpions.”

This sounds like a summary of Buhari’s most significant statement on October 1. Nigerians who were groaning under the yoke of N161 per litre of petrol were told pointblank by their president that they hadn’t seen anything yet: “Petroleum prices in Nigeria are to be adjusted. We sell now at N161 per litre…Chad which is an oil-producing country charges N362 per litre. Niger, also an oil-producing country, sells 1 litre at N346. In Ghana, another oil-producing country, petroleum pump price is N326 per litre. Further afield, Egypt charges N211 per litre. Saudi Arabia charges N168 per litre. It makes no sense for oil to be cheaper in Nigeria than in Saudi Arabia.” Two days later, his presidency said wailers should stop whining over fuel price, after all, the real people of Nigeria do not own cars and generators. My Christian friends who heard him said that could not be their president. I asked them if that was not Buhari, who was he? They cried that it was clearly the spirit of King Rehoboam at work. The story of that king is the story of a nation shredded into 12 feuding parts.

This past week was one of deep thoughts and great takes on Nigeria. Highly respected Pastor Enoch Adeboye of the RCCG joined the ranks of restructuring engineers. He said Nigeria needed a rework, otherwise it would die. He wondered why we couldn’t have a system of government that would create a United States of Nigeria. He took time to explain his suggestion with a warning: “We all know that we must restructure. It is either we restructure or we break; you don’t have to be a prophet to know that one. That is certain – restructure or we break up.”

When you see calm, unpretentious noise-haters like Pastor Adeboye join callers for a rebuild of the house of Nigeria, know that the hour is near. Only those who ate the taboo that is tortoise’s head won’t weep at the nation’s gaping cracks and the danger they portend for all. For patriots, the atmosphere today is like the eve of Caesar’s crossing of the Rubicon. The choices before the Roman General were just two that morning of January 10, 49 BC: to remain in the comfort of Gaul (modern day France etc) and lose everything he ever lived for or choose war by crossing the Rubicon river into Italy. History says Caesar chose war and triumphed to rework imperial Rome to greatness. There is today the rhetoric of dissatisfaction, abuse and divorce in the household of Nigeria’s Nero. Fortune changers have desecrated and plundered the temple of the land. It is time to break down the parts, rebuild the house and recompose our song. The other option is to destroy the decrepit house in order to save the occupants.

And the spirit of division is really at work already. First we heard the ultra-conservative Arewa Consultative Forum (ACF) going revolutionary. It called for a referendum to determine if the soluble cube of Nigeria should be soaked in waters: “What we want is to define what it is that we want. If we want to be in Nigeria and if we don’t want to be in Nigeria, let’s sit down and agree.We can restructure. We can become a confederation.” It said it won’t be a great deal “If we decide that we don’t want the country as it is” after all, “countries have gone apart.” It mentioned Czechoslovakia and Sudan as examples of countries that had gone apart. It also stressed: “We don’t want to go to war (but) the North is not going to be intimidated again to accept anything…We have to sit down and resolve whether we want this federation or this country as it is.” And because every proposition deserves a response. The North got enough to chew on from the East’s Ohanaeze and the West’s Afenifere. Ohanaeze said it supported “a referendum for the aggregating geopolitical zones for the people to decide whether to still remain in the present unwieldy marriage of convenience or go their separate ways.” Afenifere said it was “shameful that descendants of those who demanded for confederation in 1953 are telling us in 2020 that they do not understand federalism which is what restructuring is all about.” It added that the Yoruba had been advocating that referendum should be in the constitution “and we are not scared of holding one on the future of Nigeria.” Then the controversial Coalition of Northern Groups (CNG) hopped into the discourse with the confidence of a lion. It criticized groups “who want to drag the country to war simply because they want self-rule or self-determination.” It added, for effects, that the North was not afraid of “anything” coming from the other parts of the country.

Boastful moral harlots are at our altar forever holding sinful court there. And they think no one can flog them out of the place. Two years ago, I sent a thousand proverbs to Buhari with warnings that no king luxuriates in soiled apparel and remain royal. A king exists to give life to all. That is what makes the town calm. Where the king fetes his privileged cabal and flogs the town from compound to compound, there will be uproar in series. A king who is a scourge to his people cannot sip the love of the community. He cannot sleep and close his eyes from the blinding flashes of his indiscretion. Our elders would always rebuke that elderly glutton who thinks his throat is the only road to Oyo. Now, our leader has jogged faster than the greedy elder who carried his own load home. He now says the pains of the street are not enough, he is adding some kilos of elite greed and cruelty to the burden. Who will now worship this desert deity that takes without giving? This god who seeks support from the yoked, the afflicted, what do we call him? Should he, at all, expect the deprived to celebrate his affliction with hails of praises? There is a reason why kings and presidents don’t push their people off the cliff of survival. It does more than exposing the ordinariness of the palace. It poisons the waters of the town. It tells the people to migrate to other choices.

My people say there are no wicked kings; what exists are wicked advisers. I look at Buhari’s daily doses of bad policies and rank verses and I get my stomach churning. I look at his foibles, his failings and failures and I wonder who counsels this president on the choices he makes. King David’s grandson, Rehoboam, inherited a restive, helpless people in desperate need of hope, deliverance and succour. How should he treat them? He sought counsel and listened left and right. He said the elders he carried over from Solomon, his wise father, had mouth odour. He rejected their counsel. He harkened to the voice of his cabal of self-serving childhood friends and forced his disappointed people to tear his throne and exit his kingdom. The burdened people chose ‘To your tents, O Israel’ as their battle cry. The rest is history.

NIDCOM at two: Beyond expectation, By Abdur-Rahman Balogun

Why Biodun Shobanjo has vowed never to work with Adenuga again

The bloody or bloodless massacre of Lekki, By Festus Adedayo