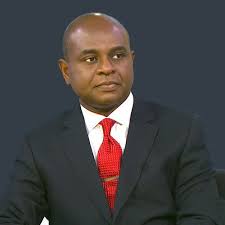 A former presidential candidate, Kingsley Moghalu, has said that $500 million worth of Bitcoin has been traded in Nigeria within the last five years.

Mr Moghalu who was once the Head of Directorate of the Central Bank of Nigeria, (a unit which he says is in charge of the financial systems), disclosed these figures while reacting to the recent CBN policy which directed all banks to close accounts that transact in cryptocurrency.

He faulted the move of the apex bank, saying that regardless of the risks involved in trading in cryptocurrencies, he would not recommend that it be banned outright.

According to him: “A lot of the activities in the world are going digital and I would not recommend banning it (cryptocurrencies) outright.”

Mr Moghalu made his position known in an interview on Channels Television’s “Sunday Politics”.

He stated: “$500 million worth of Bitcoin has been traded in Nigeria within the last five years and Nigeria is one of the top 10 countries in the use of cryptocurrencies in the world today.”

He further said that it was becoming a real factor in the country’s investment ecosystem, as well as a livelihood for many Nigerians.

The Central Bank of Nigeria on Friday, ordered all banks to close accounts of anyone who transacts in cryptocurrency.

The order was contained in a circular to banks and other financial institutions, signed by the Director of Banking Supervision, Bello Hassan, and was expected to take effect immediately.

However, Mr Moghalu faulted the directive and echoed the sentiments of many other Nigerians, noting that the move was seen as though “the government is always taking actions aimed at taking away opportunities from Nigerians especially in a depressed economy.”

He said he believed that every and any investment had risks and if he was in a position to make a decision, it would be to balance the risks as against the current realities of the country.

According to the former presidential candidate, “regular currencies depreciate in value as against cryptocurrencies such as the BTC but many policies from the bank in the past few years have not been favourable.

“The Nigerian Government should try to make the investment climate far more friendly and efficient than it is now.

“It is unfriendly, that’s why the foreign investment is declining.”

Protest stalls announcement of new V-C for University of Ibadan

Aliko Dangote’s costly mess of the libido, By Festus Adedayo