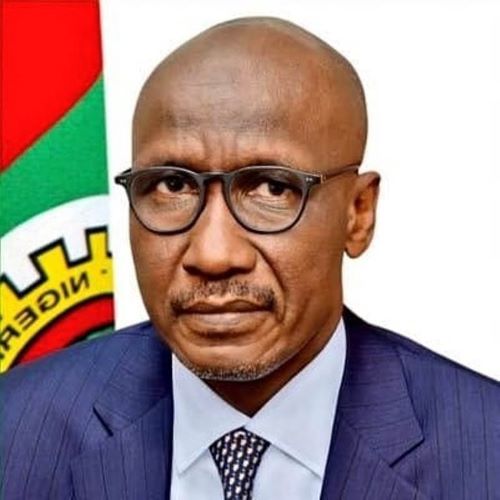 “They have launched a subtle, close-knit plot to fleece Nigeria of millions of dollars of its crude oil through blackmail, intimidation and the use of the media.”

A snow job by some international crude oil fraudsters which has triggered a controversial request for the payment of 5 per cent whistleblower compensation in respect of alleged stolen 48 million barrels of crude and ferried to China has been unearthed.

Investigations revealed that the request for the 5 per cent whistleblower’s fee and the allegedly stolen crude were cooked and orchestrated by a serial criminal, Marco Antonio Ramirez, the American associate of the sole administrator of SAMANO and his representative in Nigeria and fugitive wanted in U.S. since 2012, to defraud the Federal Government and the Nigerian National Petroleum Corporation (NNPC).

According to Per Second News findings, the fraudsters and professional blackmailers, their U.S. and Mexican based collaborator and Nigerian lawyer are fraudulently pressing for the compensation as whistleblowers for providing false and unauthenticated information on a non-existent oil deal or “abandoned’’ oil in China.

They have launched a subtle, close-knit plot to fleece Nigeria of millions of dollars of its crude oil through blackmail, intimidation and the use of the media.

SAMANO had claimed that it discovered about 48 million barrels of Nigeria’s Bonny Light crude oil abandoned in the China ports of Qingdao, Zhoushan and Rhizao in May 2015 before President Muhammadu Buhari’s inauguration.

Acting on the request of a client in Dominican republic, who claimed it wanted to buy the crude, SAMANO claimed to have contacted the authorities in Nigeria through its representative, Marco A. Ramirez who allegedly got in touch with Mr. Saleh (said to be his friend) with the intention to “investigate and obtain authorization’’ to participate in the sale of the crude at the inception of a new government.

SAMANO also claimed that Saleh informed them that after enquiries that the Nigerian government was not aware of the crude oil in China ports and that it must be an illegitimate transaction ad requested for proof to enable the government investigate it.

The company however, refused to send any proof, insisting that it wanted to deliver the evidence physically to the appropriate government officials in Nigeria.

The fraudsters also claimed that the company was invited by Saleh to Nigeria in August 2019 and that a meeting purportedly held between the company and the late Abba Kyari, the Chief of Staff to the President  to whom they claimed to have delivered the evidence of the abandoned oil in company of Air Commodore Muhammed Umar, Per Second News learnt.

It was gathered that the blackmailers and false whistleblowers alleged that Umar had asked them to address the “information collected’’ on the oil to Malam Mele Kyari, who was the Head of the Crude Oil marketing Division of NNPC  and that after “several purported negotiations and conversations with Kyari and Umar, the Nigerian officials were “convinced’’  that the  oil was in China and that they promised to reward SAMANO with the 5 per cent market value of the 48 million barrels when sold.

On the suspicion that the non-existent oil had been sold sometime in October or November 2019 after a sales authorization by NNPC, they expressed “frustration’’ that efforts to get the 5 per cent were rebuffed by NNPC, necessitating their resolve either sue the firm in Mexico or London.

They claim that all effort to get the reward they were promised had been rebuffed by NNPC, a reason they had chosen to sue the NNPC in either Mexico or London.

Meanwhile, their lawyer, Mr. Gboyega Oyewole (SAN) had on July 23, 2020 written to the Group Managing Director of NNPC, demanding the payment of the whistleblower’s compensation.

In a four-page letter entitled, “Formal request for the payment of 5 per cent whistleblower compensation for information furnished in respect of crude oil stolen from the Federal Republic of Nigeria’’, Oyewole claimed   that his client (SAMANO SA DE CV) which has “significant interest’’ in the oil and gas refining  business was approached by a group in China with intent to sell 48 million barrels of Bonny Light crude Oil, believed to have been stolen from Nigeria and stored in various ports and terminals in China and that the NNPC had authorised certain companies to sell the stolen products in China.

The lawyer also threatened that after 14 days if they did not receive a “positive response’’ in respect of the payment  of the whistleblower’s compensation, they might be constrained to go to court for the enforcement of their civil rights.

“On the basis of the integrity of the Nigerian government in its fight against endemic corruption, fairness and dire need to uphold assurances, we humbly urge you to use your good office to intervene promptly and remedy the situation by prevailing on the appropriate authority to pay the compensation legitimately due to our  client,’’ Per Second News quotes the letter copied the Attorney General of the Federation and Minister of Justice and the Director-General of State Security Service.

On the “abandoned’’ oil worth $2.5 billion purportedly sold by Kyari and others which they claimed was not remitted into government coffers, some officials –  Mr. Rabiu Suleiman and Mr. Gbenga Komolafe –  at different times went to China and did not find any oil with Nigeria’s seal or fingerprint.

Whereas, they could not lead the NNPC officials to where the products were stored, the Mexicans, led by Mr. Jose Salazar Tinajero had reportedly, on their own, estimated that the consignment was worth a whopping $2.5 billion.

The Mexicans were looking to pocketing a princely $125 million on the basis of their claim from the deal.

An oil expert familiar with the matter said “First and foremost, anyone familiar with international crude oil transactions knows that it is impossible to ship 48 million barrels of crude out of the country illegally without a syndicate behind it.

While the issue of illegal oil bunkering has thrived in Nigeria for long, it is certainly a long shot to claim 48 million barrels were “abandoned’’ in China  in a year (2015)when daily oil production was  below 1.6 million barrels.

“Let us accept for the sake of argument that one of these men or the two of them promised that Nigeria would reward them with 5  per cent of the value of the oil if their information is true, does that translate to a commercial agreement ? Is that the way a conglomerate like the NNPC  would enter into agreement with anyone or company ?

“Again, another question is: why should SAMANO  which claims to be an international company not secure legally binding agreement with NNPC before doing anything on its behalf or was it a case of if we can cajole the representative of the government into mentioning an offer, we can use it for blackmail?’’ he said.

It will be recalled that Nigeria’s whistleblower policy provides that if the government is able to recover stolen or concealed assets through information provided by a whistleblower, then he or she may be entitled to between 2.5 per cent or 5 per cent of amount recovered.

However, SAMANO in one of its WhatsApp chats had stated: “Mr Mele, I never said that you have taken advantage of me and l always said that you are an honest person and l always thanked you for your support in resolving this matter.

“You do what is convenient and l am at your disposal for any questions or clarification. Thank you for your support.’’

While the investigation was ongoing, Marco A. Ramirez had traveled to Nigeria to collect money from unsuspecting high-profile Nigerians, promising to help them emigrate to the U.S. and vowing to get them U.S Citizenship together with their immediate families.

He was said to have collected over $500,000.00 (Five hundred thousand dollars) from vulnerable Nigerians. Luck had reportedly run out on him and was arrested.

His arrest in Nigeria was in connection with a company he owns together with his wife in the U.S named “USA NOW” from which they reportedly defraud innocent citizens of Mexico and Nigerians with the promise of green cards, using the U.S EB-5 Visa Programme.

The U.S. has, according to reports, set a sentencing date for his wife Bebe Ramirez and brother David Perez scheduled for August 6, 2020.

Ramirez was said to have come into Nigeria with an American passport, and the Federal Government, through the office of the DSS had to write to the American Embassy to report his criminality.

A source said that the US government, in a reply to the AGF confirmed that Ramirez was a fugitive who was being looked for in America in connection with a $2 million fraud, adding that the US Embassy requested the AGF to facilitate the process of extradition of the alleged crook back to America.

Ramirez, as confirmed by the US government, is a global conman wanted in the US for mail and wire fraud as well as felony.

According to documents in possession of this newspaper Mr. Marco A. Ramirez has been indicted by a district court in Texas for attempt and conspiracy to commit wire and mail fraud, fraud by wire, radio and television.

A United States District Court, according to findings by Per Second News, had issued a bench warrant for his arrest with his wife, Bebe Ramirez and his brother, David Perez.

According to FBI indictment, Marco Ramirez is wanted for various advance fee fraud crimes, and also engaging in monetary transactions in property derived from unlawful activity and conspiracy to commit fraud.

Kyari had to discontinue discussion with them consequent upon the discovery that Marco Ramirez is a fraudster and fugitive wanted in the U.S.

While the Marco A. Ramirez saga was going on in Nigeria, another Mexican partner of his, Jose Salazar Tinajero, was said to have gone to court in Mexico to press a claim that the Nigerian government is owing them 5 per cent ($125m) of the $2.5 billion being the international market price of the allegedly stolen 48 millions barrels of Bonny Light crude stored in China.

The Mexican partner has since, thereafter, run out of luck as he was indicted in Paraguay while trying to smuggle fake gold with his company’s name into that country.

Sniffer dogs were said to have discovered that it was actually scrap metals that he was moving into Paraguay.

He offered to sell gold worth $22 million dollars to some Hong Kong businessmen with intent to defraud and scam knowing fully well he was not selling them Gold Bars but painted scrap metals.

He escaped to Reynosa, Mexico, and wanted in Paraguay and Hong Kong at this time.

The band of fraudsters have infiltrated law enforcement and the judiciary in Mexico, Paraguay and other countries where they operate, making it easy for them to get in and out of jail.

Samano S.A of C.V led by his CEO Jose Salazar Tinajero has recruited folks in the media to distort facts and press further in their criminal activities in all the countries they operate.

A document seen by Per Second News by the US FBI with the date March 29, 2016 indicted Marco A. Ramirez for Fraud by wire, radio, television and the media.

CAN felicitates NSCIA, Muslims at Eid-el-Fitr