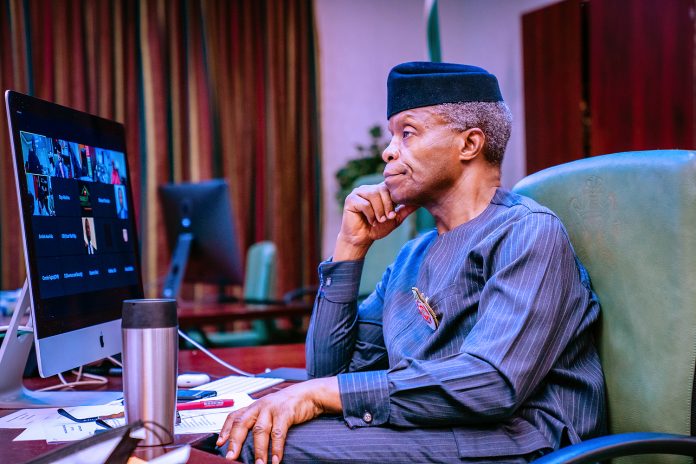 Upon careful analysis of the leading potential presidential candidates in the coming election, it is an undeniable fact that Prof Yemi Osinbajo has no doubt solidified a strong base upon which we can consolidate for the future and his political ideology has stood the test of time.

In all this debacle, one must never forget the adage that says that “he who would clothe another must first be seen clothed”.

The Constitution of Federal Republic of Nigeria 1999 as amended is the supreme law in Nigeria.

The principles guiding the interpretation of Constitutional provisions as are as such that a provision of the Constitution ought to be interpreted liberally and not to defect the intendment of the drafters of same.

I believe that the intendment of the drafters of the Constitution is to ensure the preservation of the Right of First Offer and First Refusal of the Vice President.

It is obvious that the Vice-President of any Presidential Constitutionalism is the “heir apparent” and by convention has the “right of first offer and first refusal” to run for president and succeed his boss.

What is more, Professor Yemi Osinbajo is the only Vice President in the Nigerian Democratic dispensation who has faithfully and consistently served the government and the people of Nigeria for almost 8 years without rancour. His feat is unprecedented and quite indelible in the political history of Nigeria.

400-level ABSU student jumps to death from a three-storey building after...

Higher Education: Why FG Needs to Step Back, By Bolaji Abdullahi