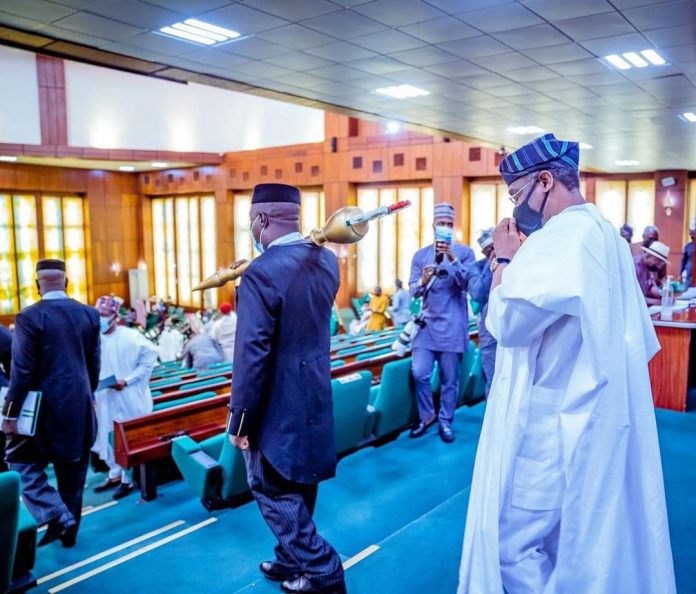 The House Representatives will open debate on the 2022 budget on Wednesday, October 13.

The Speaker, Femi Gbajabiamila, announced this at the start of the plenary on Tuesday in Abuja.

Speaker Gbajabiamila informed members that two days, Wednesday, and Thursday, had been slated for the debate, which would be on the general principles of the budget.

Recall that President Muhammadu Buhari had presented the N16.39trillion budget estimates to a joint session of the National Assembly on October 7.

The budget is a money bill, otherwise called the 2022 Appropriation Bill.

To prepare themselves for the debate, Mr Speaker asked colleagues wishing to participate, to send their names to the Clerk of the House ahead of Wednesday.

They were also asked to indicate the day they would like to be listed to contribute to the debate.

“After the debate on the general principles, we will suspend the plenary for the committees to start work on the budget.

“So, forward your name to the clerk and also indicate the date you wish to be part of the debate”, the Speaker stated.

The 2022 budget is the last but one budget the current 9th Assembly will treat before the expiration of its tenure in June 2023.

Buhari appoints Isa-Dutse as ED, Board of IsDB

(THE CONCLAVE ANALYSIS): How Buhari’s nemesis as Head of State, “I,...