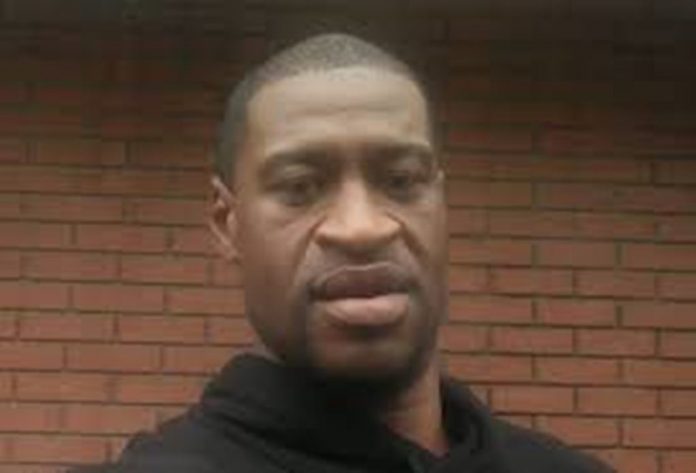 Four Minneapolis cops fired following the death of George Floyd, who died after being pinned down by a white officer.

A Black man who yelled “I cannot breathe” as a white Minneapolis police officer pinned him down with his knee in the US state of Minnesota died late on Monday, police confirmed, drawing outrage from community members and leaders, and leading to the officers’ termination.

Video of the incident shows the police officer pinning down George Floyd, believed to be in his 40s, to the pavement with his knee on the man’s neck for several minutes. Floyd was identified by prominent civil rights lawyer Ben Crump, who said he had been retained by the Floyd family.

Floyd can be heard saying in the video: “Please, please, I cannot breathe.”

The officer tells Floyd to “relax”.

Floyd responds: “I can’t breathe. Please, the knee in my neck.”

The officer continues to hold down Floyd with his knee for several minutes, with Floyd pleading and asking for water.

“My stomach hurts. My neck hurts. Please, please. I can’t breathe,” Floyd cries out, while moaning and trying to cough.

Those who were watching the incident unfold can be heard begging police to move off Floyd.

It is unclear what happened before and after the video was taken.

Minneapolis Police Chief Medaria Arradondo said during a news conference on Tuesday that the four officers involved in the incident were now “former employees”.

The city’s mayor, Jacob Frey, confirmed that the officers had been terminated, saying “this is the right decision for our city”.

In a statement earlier on Tuesday, the Minneapolis Police Department said its officers were responding to a “report of a forgery in progress”.

“After [the suspect] got out [of his car], he physically resisted officers,” the statement said. “Officers were able to get the suspect into handcuffs and note he appeared to be suffering medical distress.”

He was then transported to a nearby medical centre where he died a short time later, the department said.

The Minnesota Bureau of Criminal Apprehensive (BCA) said it was “investigating the circumstances surrounding an incident”.

It added that it was sharing information with the FBI, which “is conducting a separate federal civil rights investigation at the request of the Minneapolis Police Department.”

Minneapolis Police Chief Medaria Arradondo has said he requested the FBI involvement after receiving additional information “from a community source”. He did not elaborate.

The police officers involved in the incident were wearing body cameras, the Minneapolis police department said. The footage has not been made publicly available.

Community members and leaders have expressed outrage over the incident, with many drawing comparisons to Eric Garner, an unarmed Black man who died in 2014 after being placed in a chokehold by New York City police and pleading: “I can’t breathe.” That incident sparked nationwide protests.

“We all watched the horrific death of George Floyd on video as witnesses begged the police officer to take him to the police car and get off his neck,” Crump, the Floyd’s lawyer, said in a statement on Tuesday.

“This abusive, excessive and inhumane use of force cost the life of a man who was being detained by the police for questioning about a non-violent charge,” he added. “How many ‘while Black’ deaths will it take until the racial profiling and undervaluing of black lives by police finally ends?”

“We can’t escape police violence even in a global pandemic,” she added.

Minneapolis Mayor Frey called the incident “wrong on every level”.

“This officer failed in the most basic, human sense,” he added. All I keep coming back to is this: this man should not have died … To our Black community, to the family: I’m so sorry.”

A protest is scheduled in Minneapolis on Tuesday, with organisers urging participants to wear masks and adhere to social distancing guidelines due to the coronavirus pandemic.

Monday night’s incident comes on the heels of several cases of Black men and women being killed by police or former law enforcement across the US.

The FBI is investigating the police shooting death of Breonna Taylor in Louisville, Kentucky. Taylor, a Louisville emergency medical technician, was killed by police in the early hours of March 13 as she laid in her bed. Police said they were serving a warrant as part of a drug investigation when they returned fire from the apartment. Taylor’s boyfriend said he was firing in self-defence, believing his home was being broken into. No drugs were found in the apartment. One officer was injured.

The US Department of Justice is weighing possible hate crime charges in the US state of Georgia over the shooting death of Ahmaud Arbery, an unarmed Black man, and the police handling of the case.

Arbery was killed in February as he ran through a predominantly white neighbourhood in Glynn County, Georgia. The arrests of Gregory McMichael, a retired investigator for the local prosecutor’s office, and his son, both of whom are white, came more than two months after the incident and only after a video of the shooting went viral, raising questions about the handling of the case. Police have also since arrested the man who filmed the incident.

The Georgia Bureau of Investigation is also investigating the shooting death of Yassin Mohamed, a Sudanese American man, who was killed by police on May 9 after having “several altercations” with law enforcement in the 24 hours before his death. Police say they fired on Mohamed after he charged officers with a large rock. The Council on American-Islamic Relations in Georgia has condemned the incident and called for answers, including whether Mohamed was suffering from mental health issues.

African American adults are nearly six times as likely to be imprisoned or jailed than white adults, according to the Sentencing Project watchdog group.

These racial disparities have given rise to Black Lives Matter, which was founded in 2013 and seeks to end police violence and build local power to intervene in violence inflicted on Black communities.