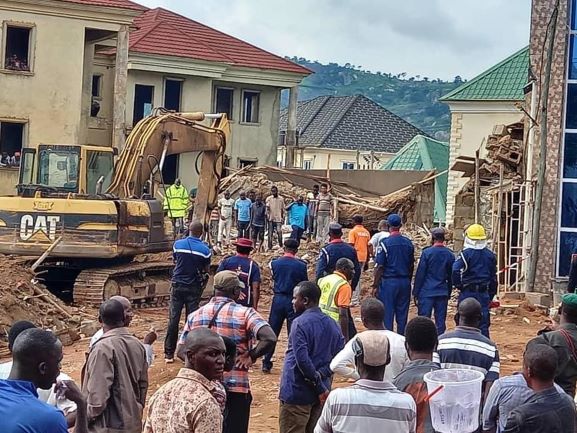 Confirming the report, NEMA said 3 trapped workers had minor injuries,while 7 were taken to the hospital with one of them fatally injured having been covered by the rubbles. He was also the last to be removed. 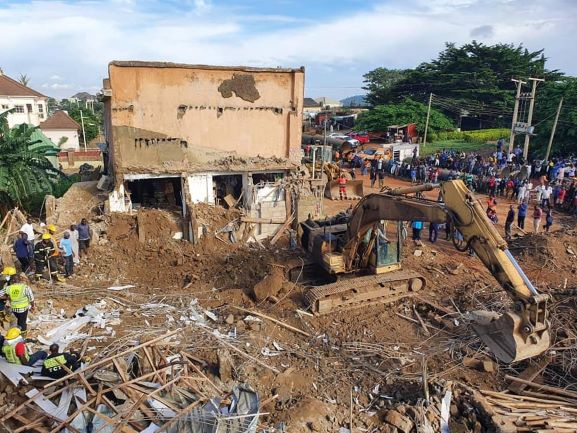 The Director Search and Rescue of NEMA, Air Commodore Edward Adedokun, while addressing media at the site, said “there was a building collapse at the early hours of Saturday 25 July 2020 at about 10:40am at a construction site located at News Engineering, Dawaki off Kubwa dual Express way.

“Upon receipt of an alert around 10:50am, the SAR team from NEMA Abuja Operations Office scrambled to the site.

“Appropriate equipment were deployed to excavate the rubbles of the collapsed structure in the search for and immediate rescue of any persons trapped within.

“All hands were on deck for the SAR operation. I was there to coordinate the emergency agencies and stakeholders.

He said the Operation came to close about 6:25pm and the site handed over to the Police.