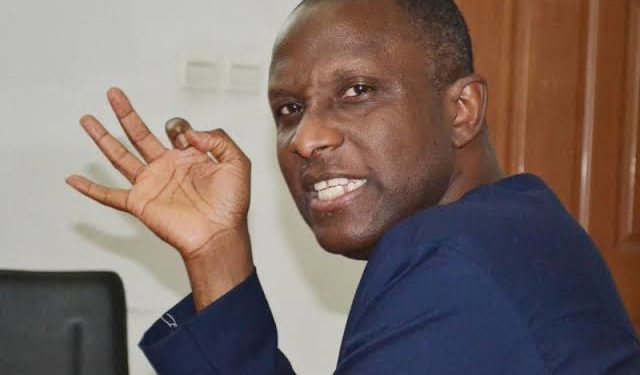 RE: THE TRIALS OF BROTHER OSINBAJO

Mr. Festus Adedayo’s article above is a sad descent into the gutter by this gentleman. When a professional columnist of Adedayo’s age and experience puts his reputation behind outright fiction and absolute mischief, usually it is a sign that the poor fellow is compromised. This is the sad reality we face today and it is truly troubling.

But let us give Mr. Adedayo the benefit of the doubt. Let us assume that he has some facts to support the reckless insinuations and innuendoes in his article.

He should then be able to answer the following questions.

He claimed that the Vice President, together with some Redeemed Church ‘accomplices’, gathered to pray at some place unstated in his home State of Ogun, at a date that was not indicated, for the purpose of interceding for the VP to become President, and by extension, hoping for, or seeking the death of the President.

So where exactly in Ogun State did this prayer session take place, and when? Was it in a church, in which case there would likely be an audio recording? Who are the prominent pastors or other persons involved that can testify to what transpired – what are their names?

Who is the “strong Buhari ally” who made a surprise appearance at the gathering and brought the story back to Mr. President? If, as Adedayo claims, the VP has been hounding and haranguing this Buhari ally since then, why is it so difficult for him to cry out and publicize his strange discovery?

Who primed Onnoghen to “package Buhari inside a judicial casket” during the 2019 elections? And to whose benefit? If, for any reason, the Buhari election was nullified by the judiciary, how would that benefit his running mate, since they contested on the same ticket?

These asinine stories put together by Mr. Adedayo betray a more evil motive. The Vice President’s commitment to the service of the Nigerian people under the leadership of President Muhammadu Buhari is unrelenting. But there is a desperation in some quarters to create a division between the President and the Vice President.

It appears that they need some well known press names who are prepared to write anything. But for what reward? One wonders. They clearly found one here, as the writer’s jaundiced article bumbled from the realm of baseless claims to outright fiction.

We do not expect an apology from Mr. Adedayo to the Vice President. This is the style of these professionals gone rogue. They are prepared to smear others and stick to their vile stories. Their conscience seems unperturbed by their reckleness. But, again, we give him the benefit of the doubt, let him answer the questions we have asked.